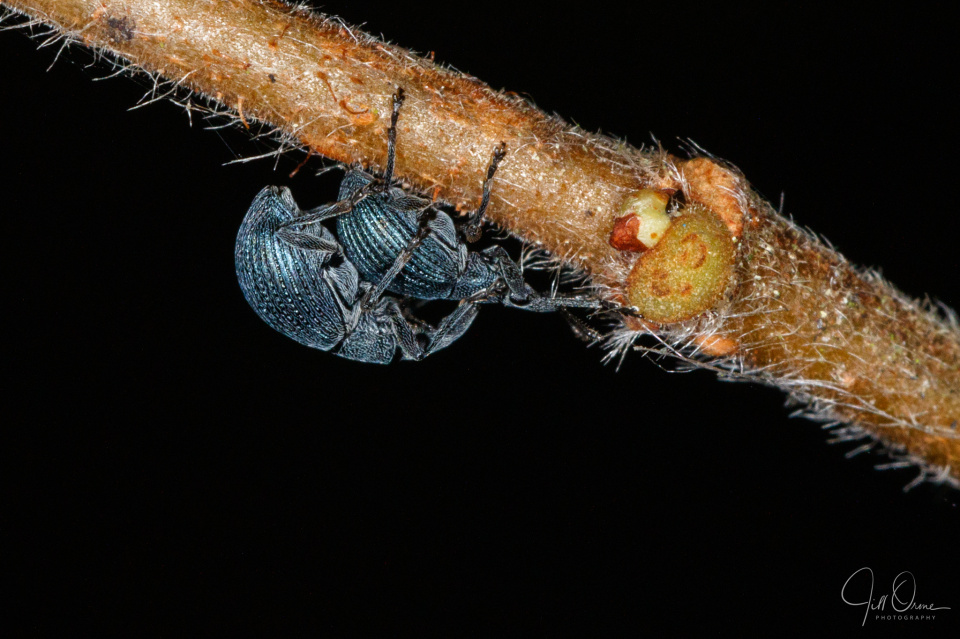 For a variety of reasons with which I won’t bore you, I have the blues today. But tomorrow will most probably be better, if only because the light is forecast to return. It was so dark in the garden this afternoon that I almost gave up on outdoor photography, but then my attention was caught by a tiny bump on a hazel twig, which turned out on closer investigation to be a pair of my favourite little weevils. I was surprised because previously I’d always found them on the underside of leaves, and as most of the hazel leaves have now fallen I’d assumed that they would have fallen too, and burrowed into the leaf litter – but it seems that they prefer to stay on the tree. This seems odd to me, because they’re pretty exposed in this position, but I assume that their instinct for the best method of surviving the winter is better than mine.

I know I keep banging on about the size of these creatures, but because I’m always enlarging them photographically, even I forget how small they are. Once more, for the people at the back: this is a slender twig, and its occupants are about 3mm long. Once I’d got my eye in I started to notice more pairs on different parts of the tree, and I began to worry because it would have been very easy to catch the twigs as I passed and knock the weevils from their perches. So as soon as I had enough shots to be able to record them, I backed carefully away and left them in peace.