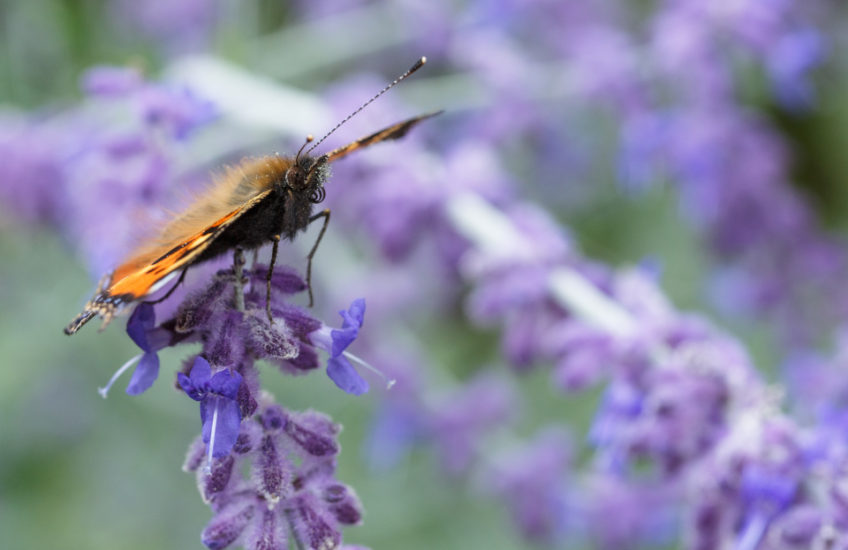 I pursued this Small Tortoiseshell round the front garden for several minutes this morning: all I wanted was a couple of decent shots of him, and all he wanted was for me to GO AWAY. I’ve previously seen butterflies rear up and vibrate their forewings to deter honey bees and other insects from trying to share their nectar plants, but this is the first time this behaviour has ever been directed at me. Shortly after this he took off from the perovskia, and when I tracked him down on a centranthus plant and pointed the macro at him, he went “OMG!!! NOT AGAIN!!!” and left.

Today seems to have been my day for making insects grumpy: the extra is a cricket (no, it really is a cricket this time) which landed on the lid of the large plastic bin in which I keep bird seed, while the bin was open and the lid was lying on top of the barbecue. After I’d taken a few shots I carefully replaced the lid, but as I began to screw it onto the bin the cricket went spare and began running around the rim, looking like someone running up a down escalator and effectively staying in the same place. 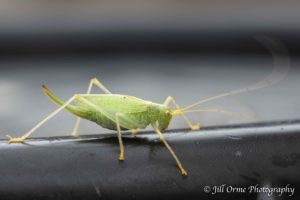 Rather than have it exhaust itself, I took the lid off again and carried it over to a nearby shrub – but it flatly refused to be dislodged onto the foliage. R than came to help me, but though the cricket was prepared to walk onto his hand it still wouldn’t go onto the shrub, preferring instead to try to get up inside the sleeve of his shirt. By the time he managed to dislodge it onto a leaf, all three of us needed a lie-down in a darkened room.

This evening we’ve been playing Poldark Bingo, which if you’ve forgotten the rules during the hiatus between Series One and Two, requires you to take a healthy slug of your drink of choice every time someone gallops along a cliff top (with or without horse). It was a rather gallopy episode, which is just as well because frankly I needed the anaesthesia. I cannot abide men who sulk, and the entire drama appears to be one long sulking competition between the principal male characters. Which to be fair, Francis did win this week….