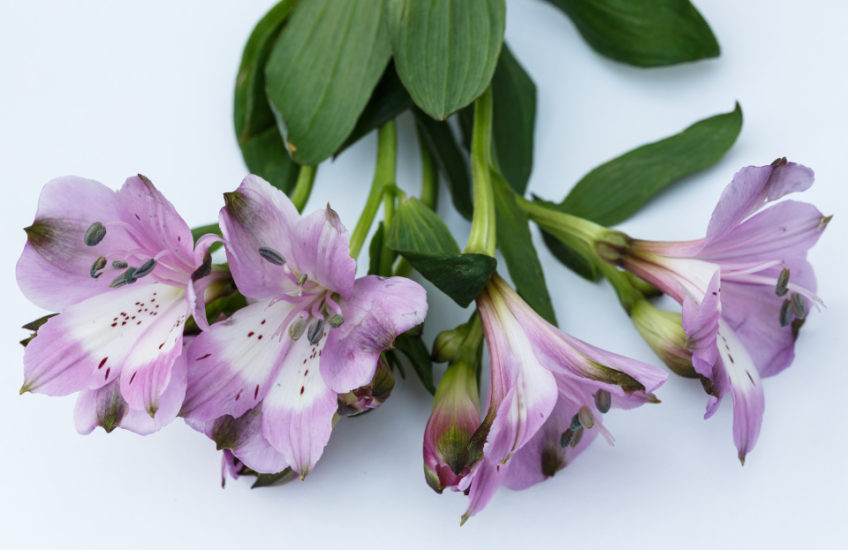 This is by way of being a bit of an Emergency Blip, what with it having rained for much of the day, and me having been too wussy to go out.

I spent the morning re-editing many of last month’s photos to improve the colour, having realised yesterday that I can’t totally trust what I’m seeing in the LR Develop module. If Adobe don’t sort this issue out PDQ, I may have to resort to processing through Photoshop – which is OK, but I do find LR much quicker to use. Strangely, the issue seems to be confined to the warm colours, and sometimes to green – I rattled off a couple of dozen shots of this Alstroemeria this afternoon, and ran them quickly through Lightroom with no issues at all. Having said which, I am now experimenting with the Camera Calibration settings – most of my shots for the two years I’ve been using LR have been processed on the default Adobe Standard setting, but today I’ve tried using Camera Standard and I think it has given me richer colours.

Given that I expect to be having some images printed in the near future, I’ve also decided that it’s time I invested in a monitor calibrator; and after throwing out a question on Facebook about what other people use, I’ve had both the Spyder5 Pro and the Spyder5EXPRESS recommended to me. I’d be interested if anyone here has any thoughts on this.

While I was slaving over a hot Mac and cursing roundly, R removed the swollen and warped back door and sanded it, so that it shuts without you needing to administer a flying drop-kick to it; and painted the garage doors. I feel like a bit of an under-achiever, if I’m honest….

Today’s Happy Music isn’t from my iPod as I’ve barely left my desk, but is one of those “You might be interested in this” things which Facebook offers  me all the time, and which I usually ignore. But given that R had just posted this, which is wonderful, and I had liked it, FB then offered me this – which is even better. If you ever get the chance to see Punch Brothers live, I recommend them with all my heart – or indeed, any other outfit containing Chris Thile, who is, I think, one of the most remarkable musicians on the planet.