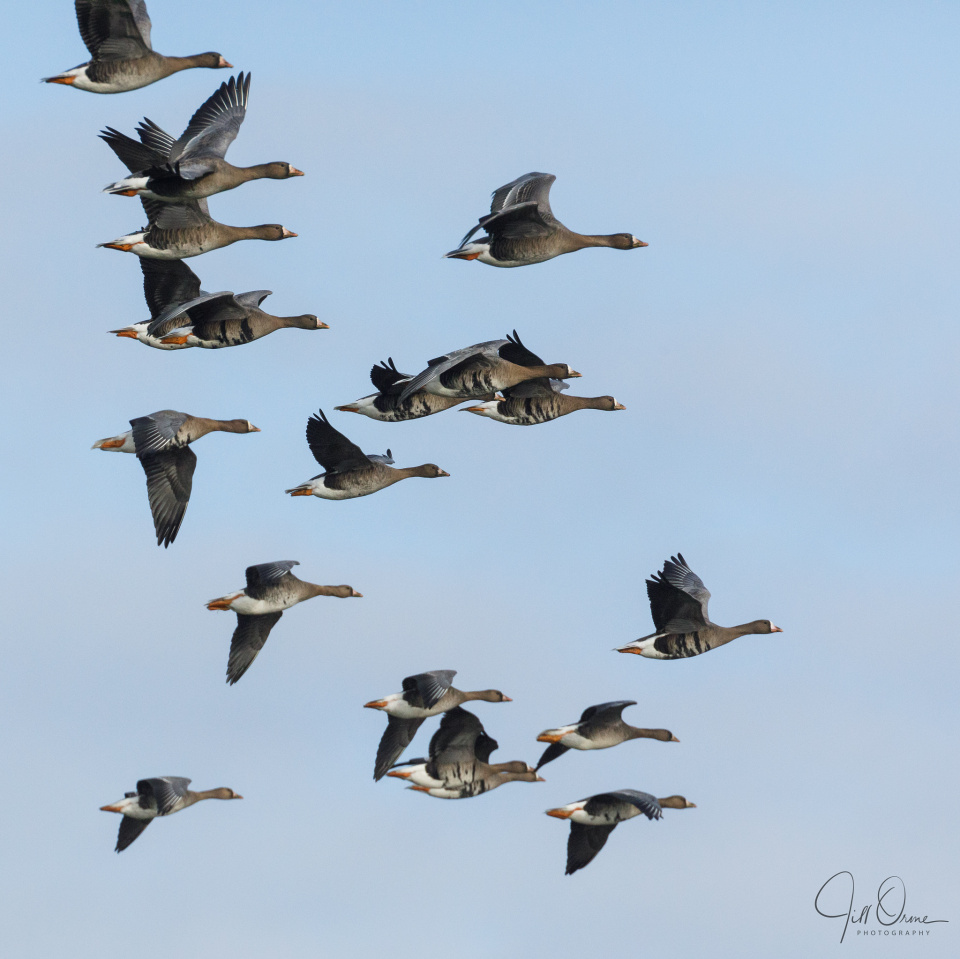 I took advantage of another cold but clear day and went to Slimbridge, where I had a fine time, got in a good number of steps trogging around all the hides, and increased my bird list for the year by eight to eighty one species.

I still didn’t manage to see the currently resident glossy ibis: when I crossed the canal bridge on arrival, the approach lane was full of parked cars and people wandering around with cameras and scopes, but I was told that though it had been showing well up till about two minutes previously the ibis had now gone “over the back” and out of sight, so there was no point in me stopping and adding to the chaos. This is such a classic birders’ tale that anyone with a half-decent level of commitment would have ignored it and stopped anyway, assuming that the first comers were attempting to deprive them of a tick. But I didn’t get where I am today by putting in much effort, so I drove sedately on to the car park, and I can’t say that I felt especially disappointed or deprived.

One of the species I did manage to tick was the white-fronted goose, of which there were a good number on a piece of land I think is called the Dumbles, between the Severn estuary and the new(ish) Estuary Tower hide. These geese seem to be unusually reactive, and every few minutes a dozen or so would suddenly lift off in apparent panic, for no obvious reason, while all the other geese carried on calmly grazing or sleeping. The white-fronts would then circle round for a while before coming back down, often in essentially the same place as before. This performance looked rather tiring for them, but it worked very well for me as I was standing on the top of the Tower at the time, and got a far better view of them in flight than when they were down on the ground.

White-fronted geese are smaller and darker than greylags, and they have distinctive white foreheads and black belly bars. They tend to flock together in extended family groups, so some of the birds in this photo will be juveniles or young adults: the white forehead develops during the first winter, but the belly bars don’t appear until the second autumn. There are two different subspecies, one originating in Greenland and the other in Russian and Scandinavia. The Greenland bird, which is globally threatened, winters in Scotland and Ireland, and it’s the smaller Russian bird that winters on the Severn Estuary and other wetland sites around southern England.

I’ve put a few other highlights of my day on my Facebook page, if you’d care to take a look.