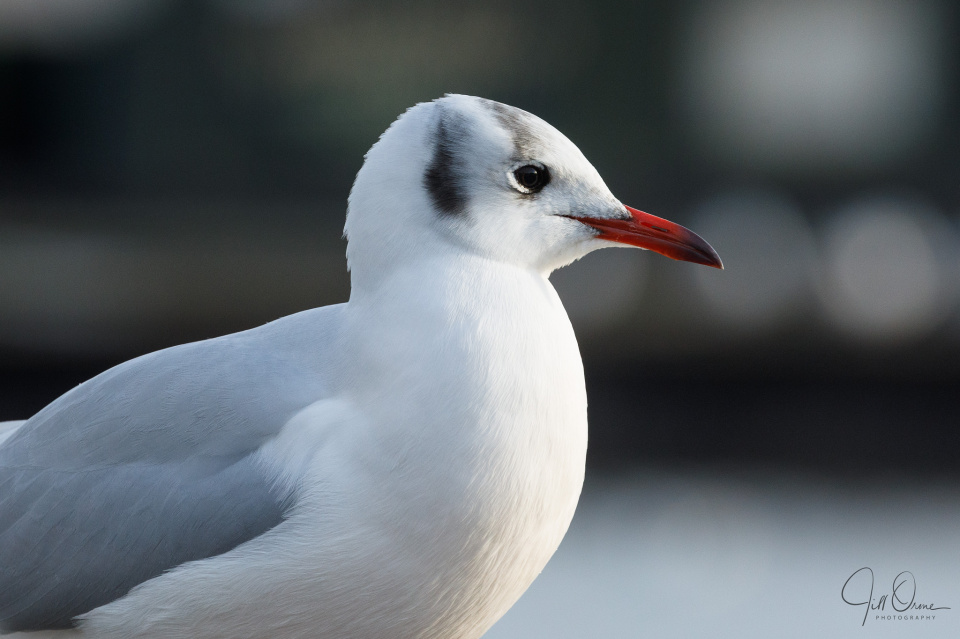 R and I went into Stratford today, to do a little Christmas shopping, get some photos printed, and have restorative coffee and cake. It’s occurred to me that though I often talk about walking into town along the south side of the river Avon, many of you won’t have any idea what the view from there is like, so I’ve added today’s ‘banker’ image as an extra. This is what we see as we’re about level with the Royal Shakespeare Theatre, walking towards the Old Tramway Bridge. The chimney in the distance and the weatherboarded buildings in front of it used to belong to a company called James Cox & Sons, who ran a steam-powered timber sawmill there from the late C19th onwards. When we first came to the area in 1993 the sawmill had closed, but there was an architectural reclamation yard and antiques centre on the site. A few years later it was converted to leisure use, but it’s still called Cox’s Yard. The metal bridge on the left spans the lock that divides the Bancroft canal basin from the river. 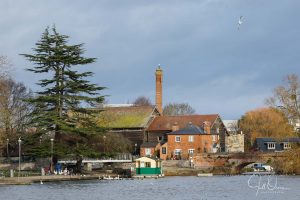 There wasn’t much going on around town today, so once again I ended up photographing the black-headed gulls. For me the difference between an interesting and an indifferent gull shot usually comes down to the light on the water, and I did snap a few birds in reasonable light on the Bancroft Basin, but this portrait of a gull sitting on the safety rail has turned out to be my favourite photo of the day because of the splash of crimson amid the almost-monochrome. I’ve done nothing in processing other than to straighten and crop, and slightly warm the image to reduce a blue cast on the grey feathers – otherwise it’s exactly as taken. The bokeh was provided by a narrow boat on the far side of the basin.