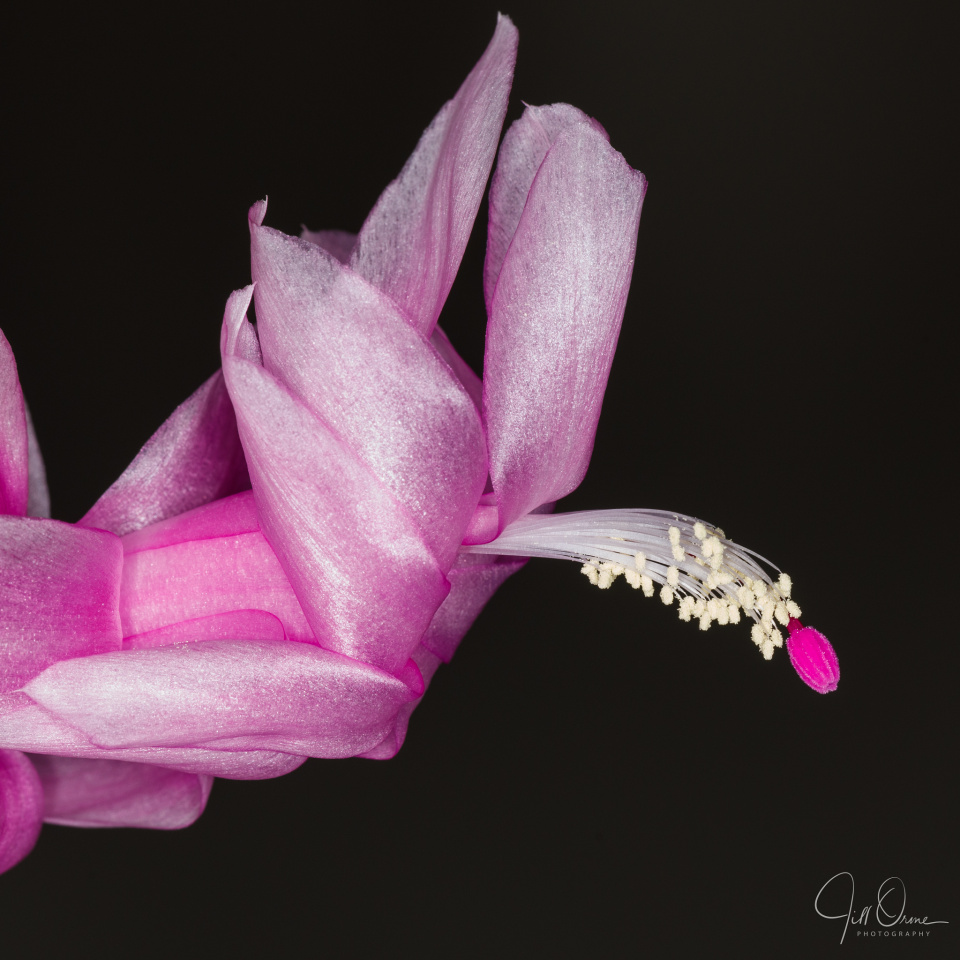 Happily, Storm Barra hasn’t hit the Shire as hard as some other parts of the country, but it was a pretty miserable day. I went to Evesham this afternoon to buy florists’ wire, and as I turned to walk out of the horticultural supplier I glanced out of the windows, screeched to a halt, and threw my backside into reverse: the car park looked like one of those unlikely downpour scenes in a film that you know has been created by playing fire hoses around the set. Luckily the worst of the surge went over quite quickly, but I was still pretty damp by the time I got back to the car.

Scouring the house for photographic subjects, I was relieved to see that the Christmas cacti are starting to flower. This is especially kind of them because my behaviour towards them is far from punctilious. In fact, I forgot to water this one for so long during the middle part of the year that it snapped half of itself off and dropped it on the conservatory floor in disgust. Which did at least attract my attention. Or more accurately, R’s attention, because he spends far more time in the conservatory than I do, and he alerted me to its distress signal.

There are three different kinds of Schlumbergera, and my friend J would take one look at the pointy leaves of this plant and tell me that it’s actually a Thanksgiving cactus rather than a Christmas one, so in the interests of not being seen to be inaccurate I’ve cropped them out. Mwahaha. I do have an actual Christmas cactus, but it’s currently only budding; with luck it will open and allow itself to be photographed within the next couple of weeks.