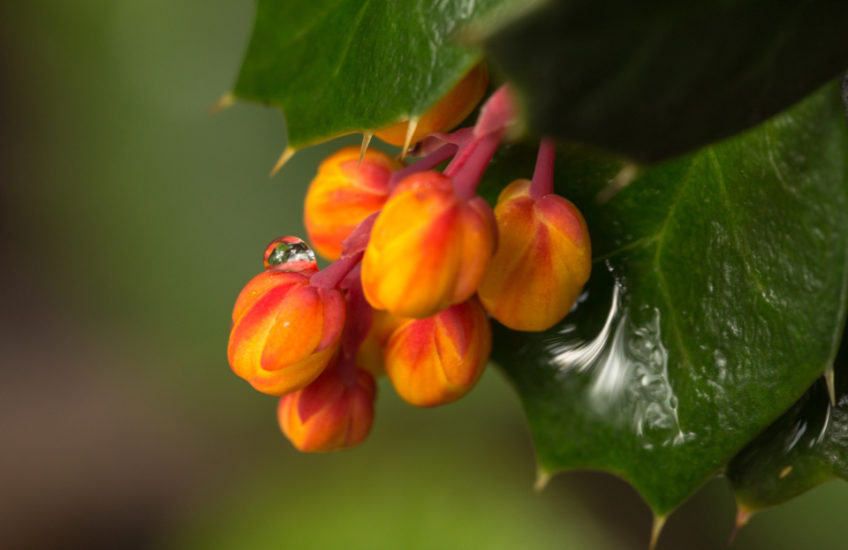 R and I have been celebrating a sort of anniversary today – not our wedding anniversary, which is in May, but it’s 30 years ago today that we went on our first official date. We’d known each other for several years prior to this, but though we both have quite a clear recollection of the day we were first introduced in 1980, neither of us can remember any more than that it was some time in the summer. I gave him my well-practised “Better men than you have tried and failed to impress me, so don’t even bother” look, but luckily he likes a challenge and I turned out to be far more impressionable than I’d been claiming.

We went out for lunch today at one of our favourite local restaurants and had a lovely meal, though we ate for more than was sensible for people of our age. For some reason we hadn’t been to The Bridge in a while, and since we were last there they have a new head chef, who is the younger son of friends of ours and was in the same class at school as Child Two. Even though I know Mr. S. to be a tall, personable and self-possessed young man, and even though he’s the same age as my own son who is a working musician, I still found it oddly disconcerting that he was cooking our lunch – somehow in my head he’s just not old enough to be something as grown up as a chef.

I had a similarly unsettling experience a few weeks ago, taking Arthur for his walk in the dark one evening. As we were coming back down our road a car turned into the village behind us; I checked to see if we needed to get out of its way (there being no footpath), but it slowed and then stopped about 50 metres behind us, so we kept walking. I then heard someone behind us shout my name, and when I turned round the driver of the car was running towards me. I was perplexed at being hailed by a tall, bearded man with glasses whom I’d never seen in my life before, and even more so when he arrived and gave me a cordial kiss on the cheek.

“How are you?!”
“Erm – I’m fine. Thank you…”
“It’s Anthony!”
“Oh – hi…” [Running through the known Anthonys in my mental database and not finding a match.] “Anthony W!” [Laughing.] “Oh good heavens! Anthony! How ARE you?!!” [Sinking into the ground in mortification.]

I babbled on about my age and eyesight, and the fact that he has a huge hipster beard now, and when did he start wearing glasses? – and he laughed heartily again and appeared not to be offended (as I would have been in his shoes) by being utterly unrecognised by a woman who for several years was one of the Maternal Roadies for the teenage band in which my son was one of the guitarists, and he was the drummer. We exchanged a few pieces of news and then went our separate ways, and I daresay he forgot the incident within minutes – but it left me feeling frankly very old, as well as rather embarrassed.

Luckily I’m married to someone who is slightly older even than I am, and has a worse memory for everyday nonsense though a better one for faces, so we can at least attempt to steer each other around the potholes down Memory Lane as we totter hand in hand towards our dotage. The other day we were reminiscing about the childhood horror that was the ice-cream wafer, and I pointed out that if he were to trade me in for a younger model he’d never again be able to spend a happy hour having a conversation like that – and I think, though I’m not absolutely certain, that he found the thought comforting.

We now have an appointment with a bottle of Franciacorta and Happy Valley, so I’ll wish you all a good evening.