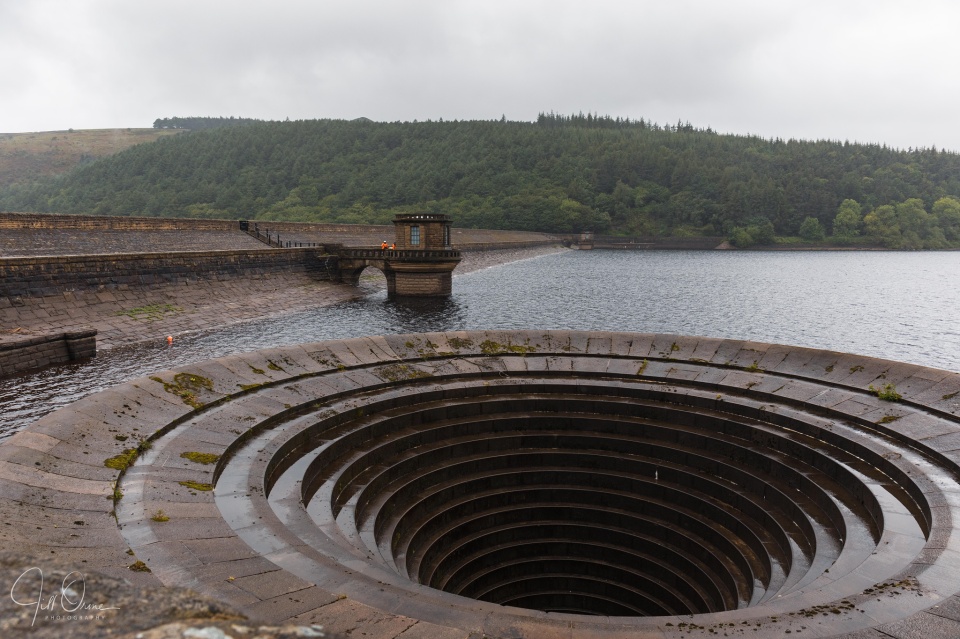 When we left Liverpool this morning, R and I headed for Derbyshire, to visit his aunt and her husband. We went via the Ladybower Reservoir, where I hoped that the overflows would be running after the recent heavy rain – but as you can see they weren’t, which speaks of what a dry spring it has been in the eastern part of England. The reservoir was not photogenic in this miserable light, but the normally glorious scenery we’d driven through as we went over the Snake Pass had been barely visible through the rain and mist, and at least this view has the benefit of being something that most of us rarely see.

One day I may manage to capture a shot of the overflows in action – but for now, the best I can do is to point you at this YouTube film from a couple of years ago, which shows the plughole on the opposite side of the dam from where I took this shot. When the overflows run, the water they drain from the reservoir is diverted into the River Derwent, passing through two hydroelectric turbines, and generating electricity which helps to power the water company’s water and sewage treatment works.