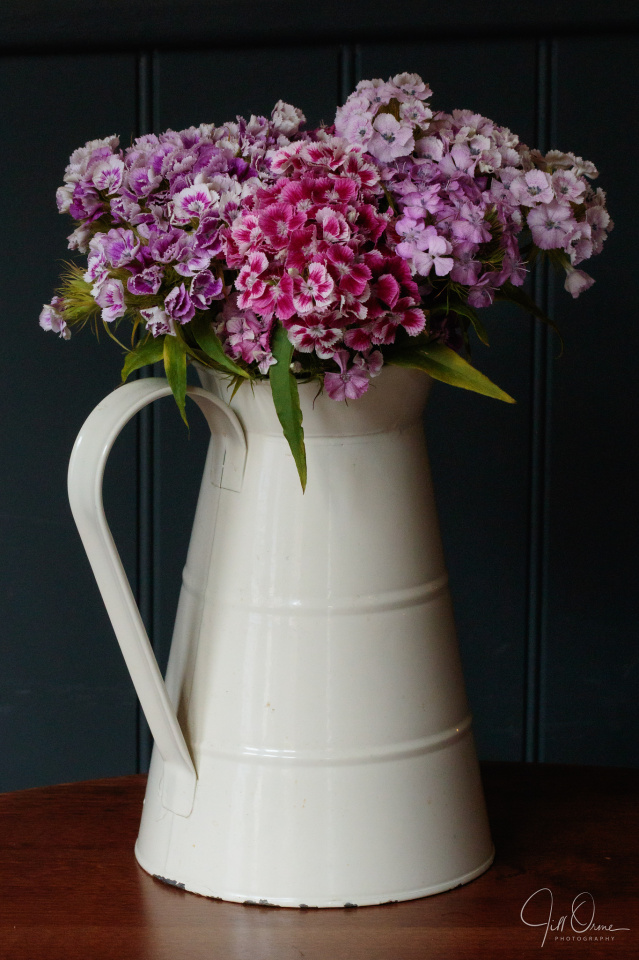 I went out this morning with the intention of visiting Stratford Butterfly Farm, but didn’t actually make it there. As I walked along the river bank I was distracted by various interesting invertebrates, including a nettle weevil and a  Harlequin ladybird larva, and in the end I decided that I had enough photos without the butterflies, and went off into town instead.

After running a couple of errands I went for a coffee, and as I walked into the café I was pulled up short by the nice light hitting this jug of sweet William on the table nearest the door. I scuttled to the counter, got my coffee, scuttled back before anyone else could take the table, and then spent several minutes wandering around it taking photos, and moving other objects on and off the table to see if they enhanced the scene or detracted from it. I avoided checking over my shoulder to see whether any of the other customers was watching this performance, but the barista was clearly entertained.

I suppose there are worse reactions to provoke than amusement.