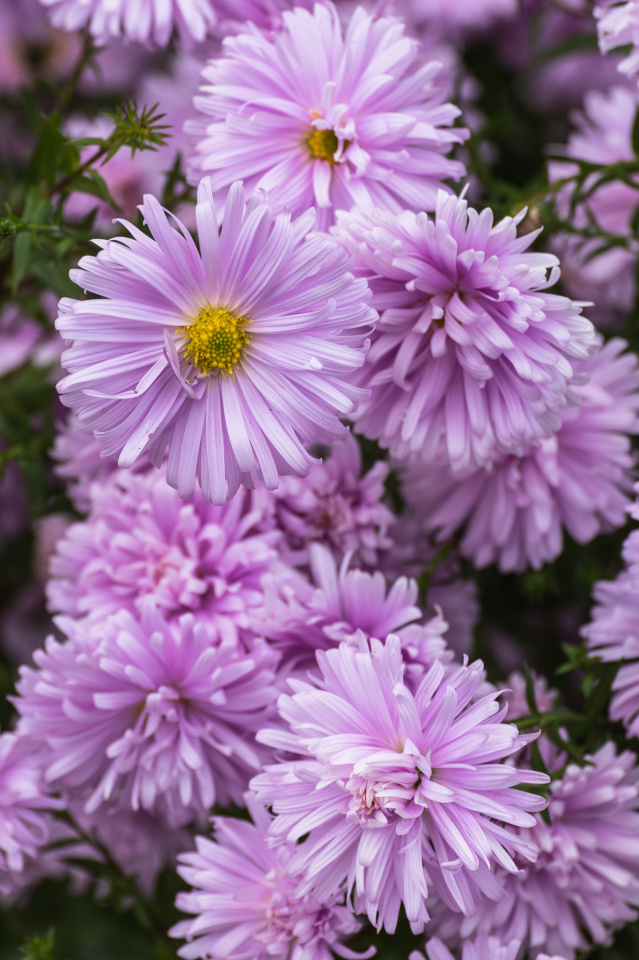 I went up to Cotswold Garden Flowers this afternoon, to buy an echeveria to replace the one I’d unwisely left outside through the recent wet weather – they don’t care for standing water, and both its heads had rotted off. The last time I was there they told me that I was welcome to take photos of their plants, so I took the camera with me and spent a pleasant half hour wandering through the garden and tunnels.

They have an amazing range of asters, from white through pale pink, shocking pink, red, mauve and deep purple to pale blue – their catalogue even lists one with green flowers, though I didn’t see that today. I’m not sure what variety this one is, because it was planted out in the garden rather than being for sale, and I couldn’t find its label. But I thought it was charming, and an appropriate colour for Breast Cancer Awareness Month.

Early this evening R and I were getting ready to go out for dinner, when I happened to look at Roley and saw that his face was bleeding profusely. We took him straight down to the vet, who diagnosed a burst abscess – at some point in the last few days he must have received some kind of puncture wound, which had become infected. When and how this happened we simply can’t think – his ratting days are behind him now, and he spends as much as possible of every day on the family room sofa – and given the amount of fuss he makes about being groomed, it’s almost inconceivable that he could have received an injury just below his eye without complaining about it. But that’s what has happened, and because he’s so furry we hadn’t spotted the swelling on his face until it ruptured. The poor little chap must have been in pain, but now it’s draining and he’s on antibiotics he’s pretty chipper – certainly happier that I was in the car when he kept blotting it on my jeans….