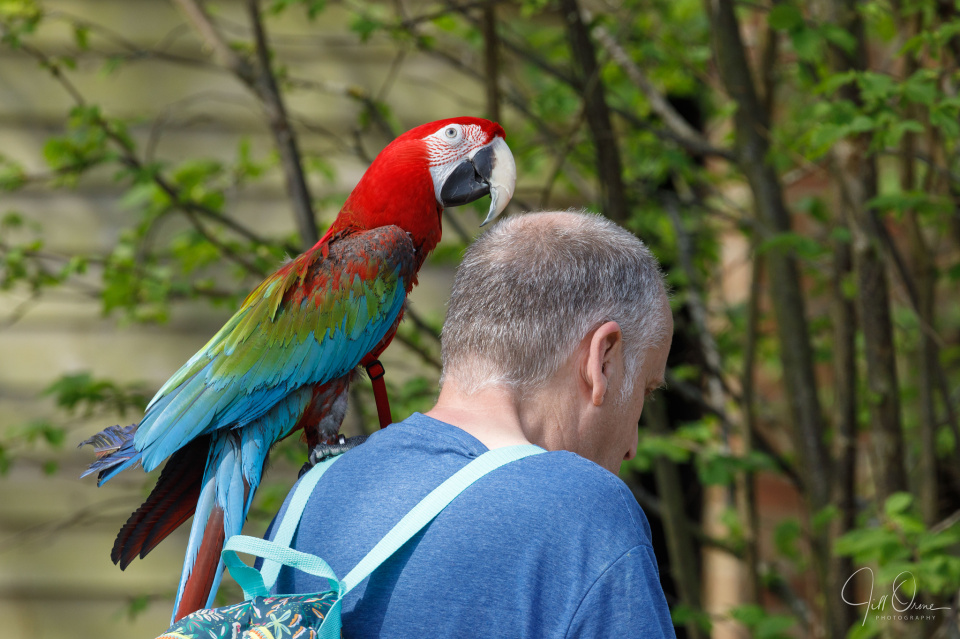 Not wanting to try your patience at this stage of the year by posting too many invertebrates*, I’m bringing you a couple of rather more unusual sightings today. Both of them were pointed out to me by R, so if you’d rather see bugs, you know who to call to complain.

The day started with a garden visit by the male muntjac below, which to be fair is something that happens here fairly regularly, though they don’t usually approach so close to the house. R spotted him from an upstairs window and called me to take a look, and I scuttled off downstairs to get the long lens, to see if I could snag a photo from the kitchen. By the time I arrived there he was so close underneath the patio wall I could barely see him at all, but he did give me a brief photo opportunity as he was leaving, a couple of minutes later. 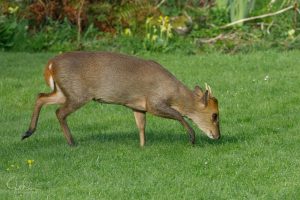 I really must get on with tidying that flower bed…

So anyway, we then went off to Croome for a walk, arriving only about twenty minutes after they opened the gate to discover that the car park was nearly full. Given that the place was already heaving with people, we decided to get our coffee before our walk rather than at the end, and it was while we were sitting outside the café, chatting on the phone to Child Two whose 30th birthday it is today, that R gestured over my shoulder and I turned to see a man walking along with a parrot on his shoulder. R said that when he first caught sight of them, he assumed that the parrot was stuffed, and the man was wearing it as a prank, but that was very definitely not the case, because while they were waiting to show their entry passes the parrot was gently grooming the back of the chap’s head. What made the whole scene even more amusing was that (this being England) all the other people in the queue pretended not to have noticed that anything unusual was occurring.

* “too many invertebrates” is, of course, an oxymoron.