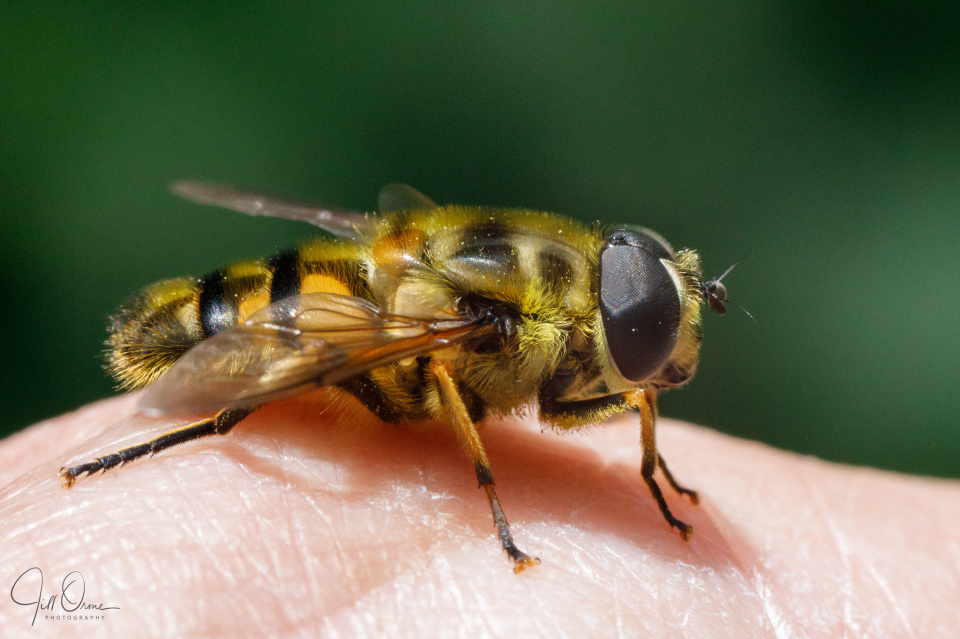 I’m posting two photos again this evening. The extra was my first subject of the day – a beautiful, fresh Angle Shades, which R found in the front garden this morning while he was cutting the grass, and carefully mowed around before coming indoors to fetch me from my desk. 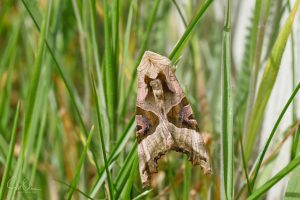 The Angle Shades is a fairly large moth, which is patterned to resemble dried leaves, and so can camouflage itself amongst leaf litter. Adults are said to fly from May to October, so this is on the early side, though I’ve read that in a mild year it can be found during every month. It goes through two broods per year, with eggs that hatch in autumn overwintering as larvae, and pupating in soil the following spring to produce the first generation of adults. The caterpillars, which are fat and can be either green or brown, faintly striped with white, feed on a wide range of plants including nettles, dock, valerian, hops, hazel, and bramble. In the south of England, numbers are boosted during the summer by migrants from the Continent.

My main image shows a very fresh male Myathropa florea, and is an unusual shot for me because I’m not a fan of the selfie, and I don’t tend to put myself in the frame: I never think that any wildlife photo is improved by having some bit of me in it. However.

I first met this hoverfly at the far end of the wild garden yesterday, and today he was in the same place, sunning himself on a pile of old flagstones, but when I tried to get in close to him for detailed photos he was having none of it, and flew fast circuits around me, pretending to be an angry wasp. Myathropa florea like to land after each circuit they fly, and he landed on either my back or my shoulder a few times, seeming to feel that using me as a perch was the best way to keep my camera out of his face. He then tried my bare arm, and apparently liked it there – presumably because he was now benefiting from underfloor heating as well as the warmth of the sun – but this was the worst of all worlds for me, because I could see him very well, but couldn’t reach him with the camera. Eventually I managed to persuade him down onto my hand, where he stayed for several minutes – giving me an excellent photo opportunity, even if I did have to use the camera one-handed.

I’ll be interested to see if our new chummy relationship is still as close when next we meet.