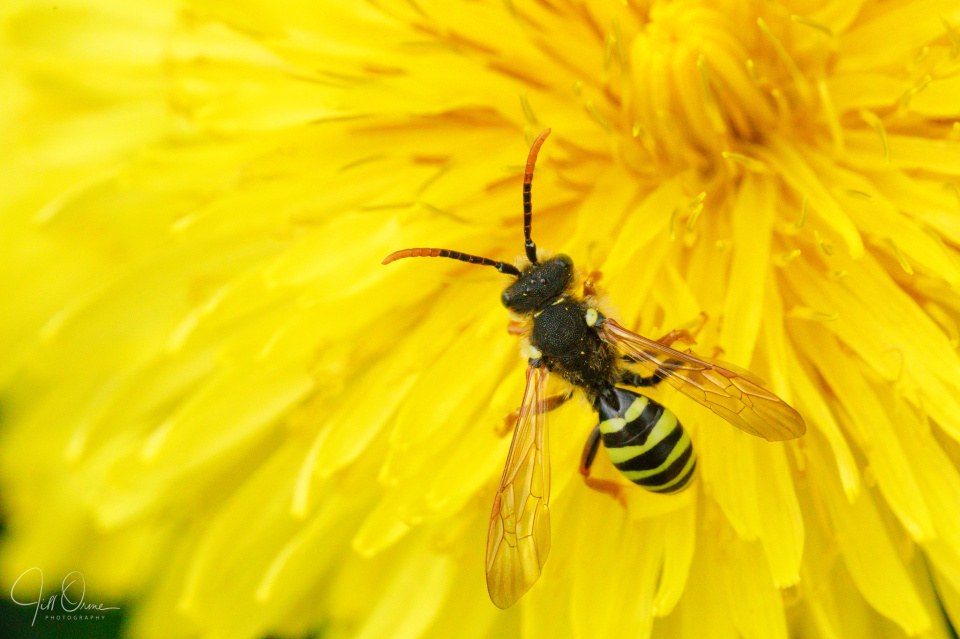 If we know each other within other social media bubbles, you’ll probably be aware that this is the day my Odonata season kicked off, with the First Out of the Water award going, as usual to a Large Red Damselfly. This is the earliest I’ve ever sighted a Large Red, beating my previous earliest sighting, in the warm Covid lockdown spring of 2020, by a full eight days – because of climate change, one must assume, and therefore a Bad Thing, but honestly, after six months of Nodonata, I can’t bring myself to be sorry that the boys are back in town. I quivered over my Blip image tonight, and very nearly went for the damsel, but although I love the subject I don’t really like the photo, and in the end I relegated it to Facebook.

I found the Large Red basking on the laurel hedge in the secret garden, along with numerous flies, hoverflies, bees, and wasps, but he’d perched too high for me to be able to get the camera parallel with him – in fact, I had to stretch my ever-shrinking frame quite a long way to get the shots I did – and when I risked scuttling off to fetch a hop-up step to get me closer to his level, he used the opportunity to remove himself elsewhere. I searched for nearly an hour, but didn’t find him again, which isn’t all that surprising because his colours show that he’s still immature, and like most young Odonata he’s likely to spend most of his maturation period up in the tree canopy, hunting while trying to avoid being hunted. R and I have searched the vegetation in both ponds, but haven’t found an exuvia, and as the maturation stage of these damselflies is also the period during which they tend to disperse from their natal water, it’s quite possible that he came from someone else’s pond.

I had several other good invertebrate sightings today, including a female Bombylius major with a suspiciously gritty bottom, searching the yard wall for mining bee nests, a Spectacle moth on the stone pile by the wildlife pond, and a cluster of male Osmia bicornis on the side wall of the house, frantically looking for females, and occasionally jumping each other in their excitement. I’ve chosen this male Nomada goodeniana because he’s the first of his species I’ve recorded this year, and because he was unusually cooperative for a nomad and gave me this nice open-wing view of his abdominal markings. I didn’t find him in the garden (where most years this is the first and commonest of the nomads), but spotted him feeding at the side of a public foothpath running along the edge of what’s currently a bean field; while I was crouching on the ground photographing him, four people and two dogs had to pick their way around me, but amusingly only the dogs returned my nod of greeting.

Nomada goodeniana males are about a centimetre long (the females just a little larger), and are fairly easy to identify in the field because they give a strong impression of being black and yellow; there’s a very similar species called Nomada marshamella, but in that one the second yellow abdominal band is broken, and the tegulae (the little plates on the thorax covering the wing attachments) are orange. Males of both these species have some black markings on their antennae, while the females’ antennae are completely orange. N. goodeniana is a cleptoparasite of various mining bees – in this area Andrena nitida and Andrena nigroaenea, and possibly Andrena scotica as well. I have good numbers of all these miners in my garden, which is why I expect to see N goodeniana there too. The female nomad searches out a provisioned mining bee nest cell and lays her own egg in it, and her larva destroys the host, consumes the food stored for it, and then pupates, emerging from the nest instead of the mining bee the following spring.