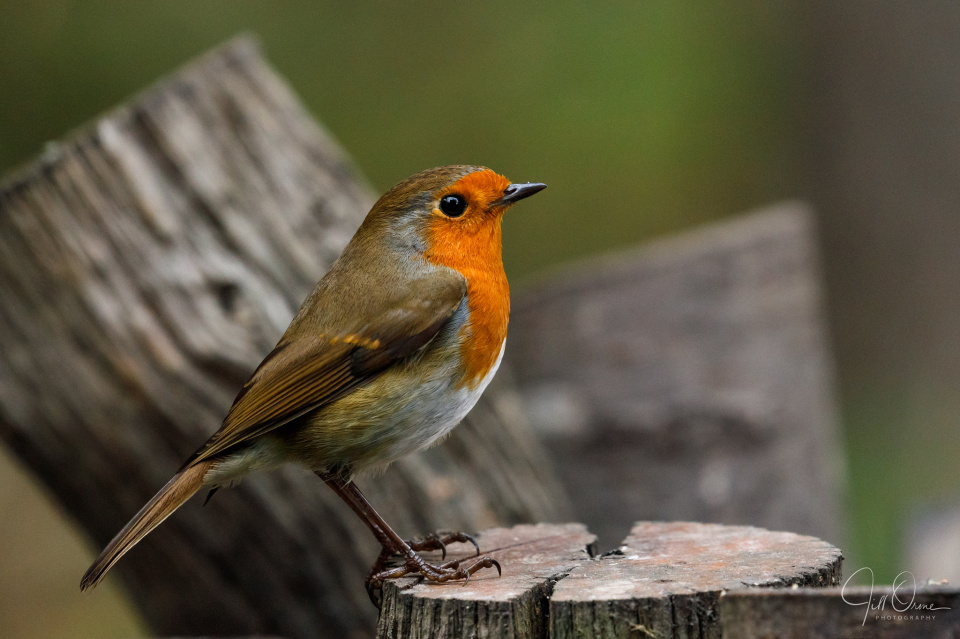 ‘Pert’ is not generally a term of admiration in my vicinity; in particular, I have a (possibly unreasonable) distaste for a certain type of small, usually blonde, vacuously pretty actress who seems to get a quantity of work that’s out of all proportion to her ability to do anything much other than tip her head winsomely and bat her eyelashes. “Who’s that?” R will sometimes enquire when one appears on screen. “Not a clue,” will be the reply. “They all look the same to me.”

However, I’ll forgive pertness in a robin – in fact, it’s more or less a requirement. I couldn’t resist popping back to the Hillers today for coffee, shortbread, and a peaceful hour in the bird hide; and this little chap kept me well entertained for much of that time, zipping back and forth, and stopping to pose – yes, winsomely – on the cut logs that mask a kind of bird table. There was also a very pretty little wren about, but that was less keen on my lens; the robin was so close to me here that this is only cropped for composition.

At 4.30pm four fallow deer, three youngsters and one mature doe, arrived to see what had been left out for them. Having only learned yesterday that they like fruit, I had another surprise today when the doe confounded my expectations by ignoring all the apples on the ground and carefully picking out several oranges, each of which she chomped up rapidly and messily. Just the thought of all the peel and pith made me pull a face that I’d imagine was quite a long way from being either pert or winsome.