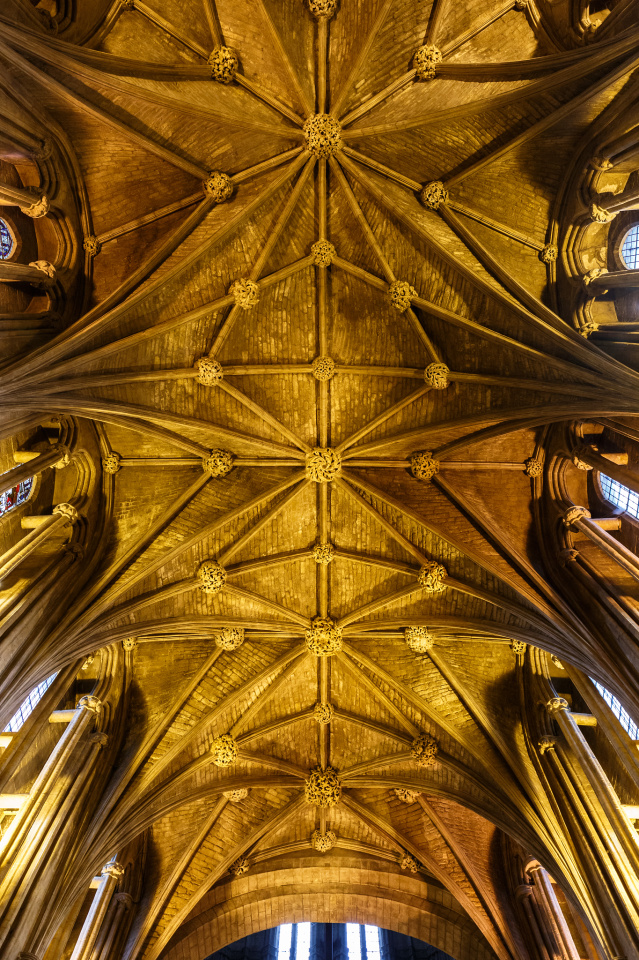 I’m a bit down at the moment, for reasons with which I won’t bore you, and this afternoon R put his current project of simultaneously setting up two new computers on temporary pause to take me out for coffee. We decided to go to Pershore, because even though we only live a few miles away neither of us had ever seen the Abbey.

It’s a strange building. From the outside it looks as though it might fall down at any moment – which wouldn’t be entirely surprising because over the years bits of it have collapsed, and parts have recently been shored up again after a bout of subsidence. Because the section which collapsed in the C19th wasn’t rebuilt, it’s much squarer than it should be, and the flying buttresses which are supposedly holding up one of the outer walls don’t look to be doing an especially fine job.

Inside it’s an odd mix of the impressive and the dingy, with some strange features, such as an ancient tomb which appears to have been moved and simply plonked down skew-whiff on top of a more modern grave slab. It also contains a large C17th family tomb with frankly weird painted effigies, which R said reminded him of Punch and Judy characters.

But I do like a nice vaulted ceiling – and Pershore has a pretty fine one of those. I’ve given you a fairly general view of it as the main image here, but the extra is a closer view of the most impressive of the ceiling bosses, which I take to be a Green Man. 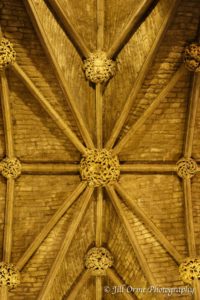 There’s quite an interesting article here about the use of this pagan icon of renewal in mediaeval Christian churches. I’ve also put a few more of my photos of Pershore Abbey here, if you’d like to see more of this particular church.