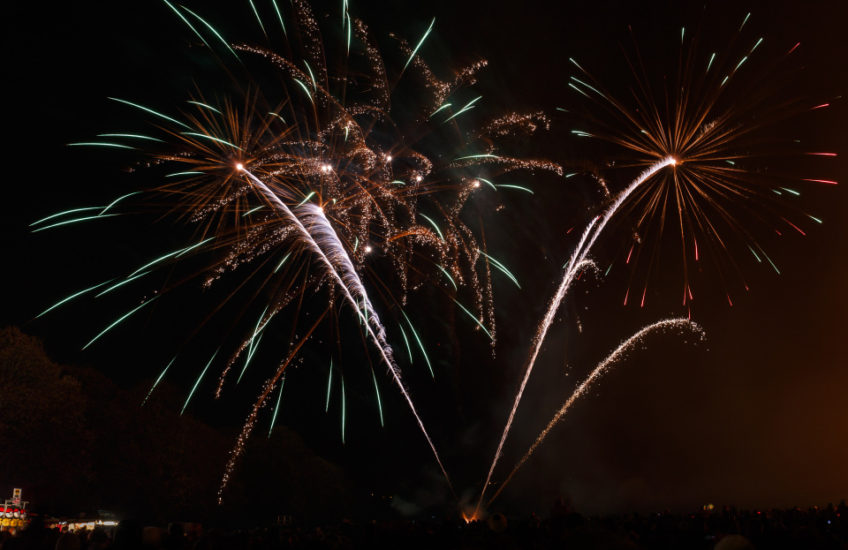 Please to remember
The fifth of November,
Gunpowder, treason and plot.
I see no reason
Why gunpowder treason
Should ever be forgot.

* Alternative versions of history are also available. Please to remember that one man’s terrorist is another man’s freedom fighter, that treason is an overused word in the extraordinarily binary political environment in which we now find ourselves, and that complex situations only appear to be susceptible to simple solutions if you haven’t actually thought about them properly.

So anyway, I wittered a bit this week about wanting to photograph the fireworks at Crown Meadow in Evesham, but being worried about lugging all my gear into the middle of a large crowd in the dark – and R sweetly took the hint and volunteered to come with me. He wasn’t exactly enthusiastic about it, but I knew he’d enjoy it when we got there.

And it all went pretty well: we found a car park space near the cinema, yomped along Waterside, and got in without queuing because we’d timed our arrival for after the bonfire was already lit. We then found a space at the back of the crowd, and I set up the tripod and camera, while R positioned himself so that people would walk around him rather than into me and my kit. This year I even remembered to bring the cable release, and a torch.

After the fireworks we route-marched back to the car, and were home on the sofa drinking Winter Pimms by 9pm. I uploaded 184 shots, though I culled quite a few on the first couple of passes through them, and will bin a lot more in due course. We chose this one as being representatively festive; I’ll process the rest tomorrow, and I daresay a bunch of them will probably turn up on Facebook eventually.

Now I must go and sleep – I’m supposed to be photographing fungi with the BGCC tomorrow morning. Knees permitting.