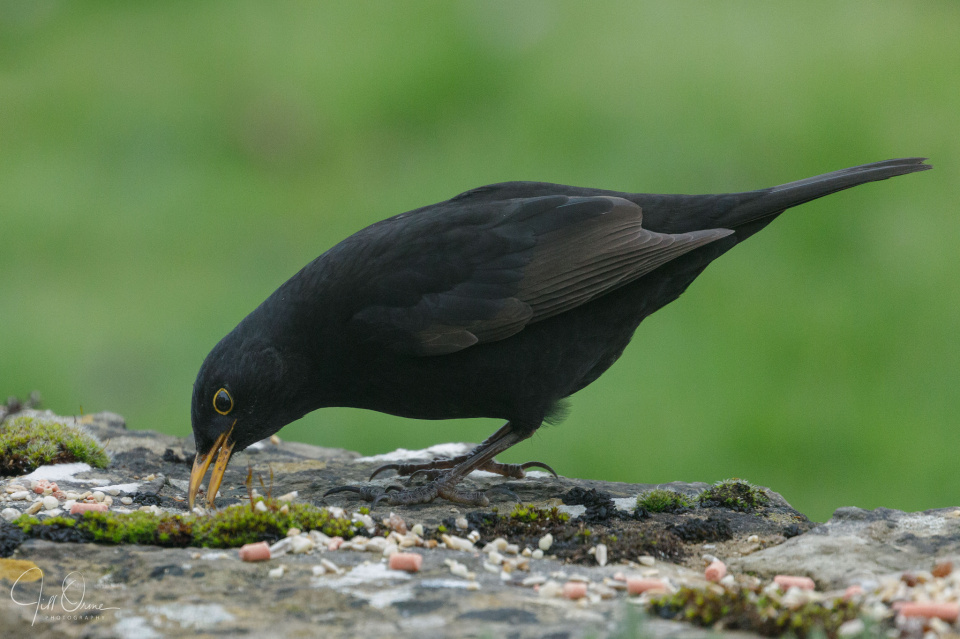 It’s not the best photo I’ve ever taken, but on the other hand I’ve taken worse, and not all of them through a grubby double-glazed window. And it works as a companion piece to the one I posted of the Mrs earlier in the week, so there’s that too.

I had another of those underachieving kind of days, though I did… ummm, no – I didn’t do that. Though I thought about it. I thought about that other thing too, but didn’t quite get round to it. Oh, I know – I took the tree surgeon a couple of mugs of tea, and spent a while chatting to him. And I got him to make some deep cuts in a roundel of trunk of the culled Norway maple, to help it weather and rot, and nabbed a few of the smaller logs he’d stacked for removal, to make a second log pile of my own in the wild garden. And I cooked dinner. But that’s about it.

I was rather charmed while I was out talking to the tree surgeon, to note that some of the small garden birds seemed to want to join in the conversation – most notably a robin, which appeared to be following us around, and a couple of chatty blue tits. When I went back out with the camera a little later though, they all had a fit of the vapours and disappeared into cover, which is why in the end I had to resort to baiting the patio wall, and waiting in the kitchen to see what turned up for a snack.

R is open to the idea of putting a little summer house down in the wild garden to use as a kind of hide, but it’s pretty swampy down there at the moment and the tree surgeon’s heavy equipment has done quite a bit of damage, so we’ll have to sort that out first.