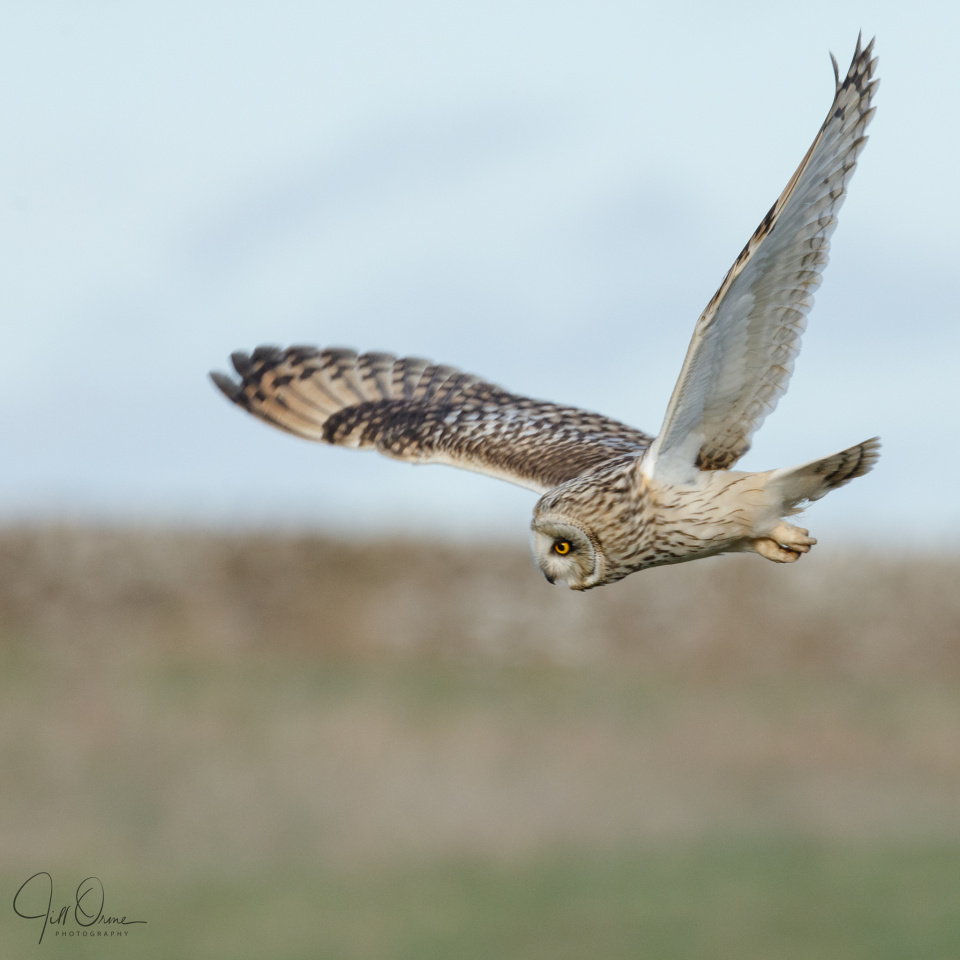 Tired and sore today, with the black dog snapping at my heels, I wasn’t really fit company for anyone. But when an owl flies past just yards away from you, all is forgotten other than Did I get the shot?? It’s perhaps the ultimate example of a mindfulness exercise. Or maybe that should be owlfulness. Whatever, I’m grateful to the owls for pulling me away from the noise inside my head, and to Hillyblips for the chat.

There were three short-ears and a barn owl at our end of the field, and as I made my way back to the car someone told me that there had been plenty of action at the far end too. So it would seem that we still have plenty of owls with us, despite some people’s fear that the recent good weather might have sent them home to their breeding grounds early. If any of them had been contemplating it, the past couple of days may have caused them to think twice: when I arrived at the owl field this afternoon there was snow lying in the lee of the wall. If the weather forecast is correct, the next few days won’t be much fun in the high Cotswolds either, so I hope they all ate well today and cached some meals to see them through the coming storm.

I’m now off out to choir, hoping to sing away the remains of my megrim.