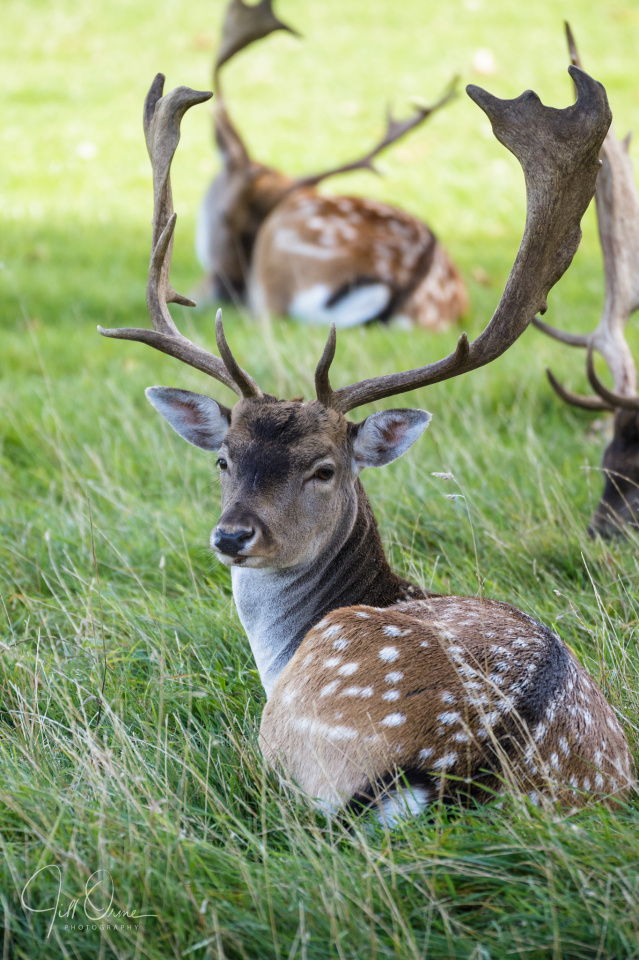 He was not impressed by me. I was distinctly impressed by him though, and slightly wary of doing anything that might cause him to be more irritated than he already was. After getting this shot I tacitly agreed with him that our relationship just wasn’t working, and walked (slowly) away.

Rain stopped play for the first half of today, so I spent it at my desk, doing some back-processing and bickering with a Brexiter on Twitter. I can’t quite decide which was more boring, but by lunch time I did feel (cautiously) that I’d made some progress with both. I was feeling a little stir-crazy though – probably because I’m acutely aware that the stuck-in-the-house months are fast approaching – so when the rain stopped and the cloud lifted a little, I grabbed a camera and zoomed off to Charlecote.

The fallow deer rut isn’t expected to start here for a few weeks yet, but there were already distinct signs of grumpiness among the bucks: every now and then one of the medium-sized ones would stand up and walk over with a clearly malevolent attitude to a slightly smaller one, and the younger would either scramble to its feet and skitter out of the way, or risk getting poked with an antler. The littlest one of all, which I blipped a couple of months ago, was very nervy indeed and taking pains to stay out of everyone’s way, including mine.

What was interesting was that the biggest bucks in the group were completely crashed and taking no part in the pre-rut aggravation – see the extra. There’s really no mistaking them: the size of their antlers, the huge weight of their necks, and their damaged ears (why – do they also bite each other?) and numerous scars all attest to the fact that they’ve been round the block a good few times, and their attitude seems to suggest that at this stage in the year they think sleeping is more beneficial than arguing. I don’t know how old these seniors are, but fallow bucks can live up to 15 years, though 8-10 years is a more common life span. 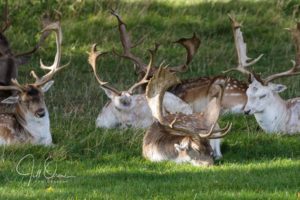 This chap is coming into his prime, as you can see from his fine head of antlers and his well-muscled neck, and I expect that within a few weeks he’ll be challenging some of the seniors for the right to mate with the does (which for most of the year live with their fawns in a separate group to the bucks, and only seek out the males when they’re ready to breed). By then part of the park will be closed to visitors to protect both the deer and the public, so photographing the rut itself may not be easy – but I will certainly be back next month to try to get some photos.

Charlecote has posted a short video about the rut here.