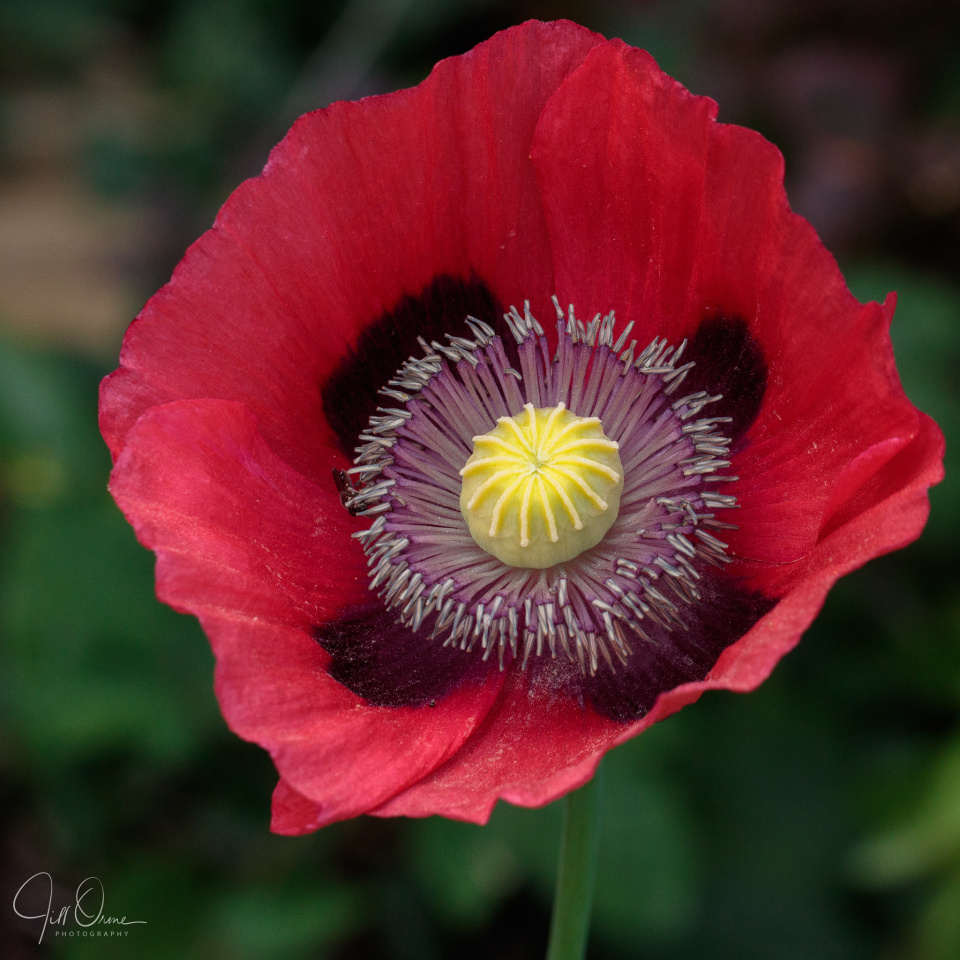 I don’t believe I’m responsible for this poppy plant, although from time to time I do buy some mixed wild flower seed, sprinkle it around the garden, and wait to see what takes. But I always choose native seed mixes, and Papaver somniferum is an introduced species, so I’m pretty confident that it has blown in from elsewhere. This isn’t a surprise though, because it self-seeds very freely – I see it on verges, and even growing out of cracks in dry stone walls, all around this area.

Although it’s commonly called the opium poppy, it’s doubtful that this flower would yield much in the way of opiates, even if I had the skill, the equipment and the interest to try to extract some. As grown commercially in those areas of the world in which opium is a cash crop, the plant generally seems to flower pink or purple, but it has also been grown as an ornamental for a very long time, and I would guess that this is a cultivated colourway. However, this type of poppy is also grown as a food source, in which guise it’s referred to as a breadseed poppy, and I’d probably have more success if I were to dry the seed heads and extract the seeds to use as a flavouring in breads and cakes, or in curries; being a lazy person though, I’m unlikely to try this either, given that poppy seeds are readily available from the supermarket.

As often happens (annoyingly) to me, I didn’t see the tiny hoverfly working its way round the ring of stamens until I uploaded my photos. None of the views I have of it is very clear, but it’s one of the Bacchini, and its presence justifies me tagging this image for #30dayswild.