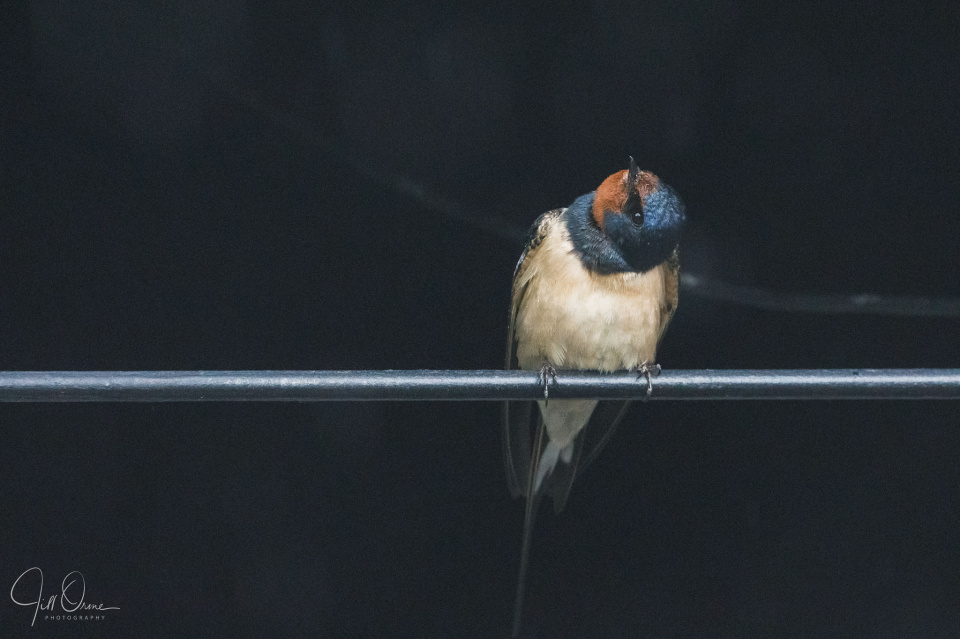 Is it raining again?? I can’t be sitting here all day – the kids are screaming the place down and I need to go and get them some lunch…

R and I went to Croome this morning, where the dragons were uncooperative, though the damsels less so. I tried to capture some Four-spotted Chasers in flight, but might as well have saved my energy – they’re simply too quick for me, and when they do pause it’s generally only for a split second. Though at least they do pause: I also found my target species for the day, which was the Broad-bodied Chaser, but didn’t even have time to lift the camera for those. One of the three specimens I spotted was a lovely female, which raised my hopes by seeming to be looking for an oviposition site, but she was bombed by a male, and the pair of them disappeared in a flurry of clashing wings; the third individual was another male, which zoomed past me so fast that I swear I heard a Doppler shift as he went by. 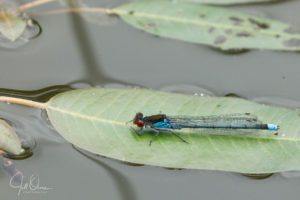 Frustrating as all of that was, I was pleased to capture the shot I’ve added as an extra today, because in my experience, Red-eyed Damselflies are the species least likely to settle in an accessible place. At some of the sites I visit, the paths can be thick with damsels, and sometimes you barely know where to point the camera for the best shot – but most of them will be Common Blue, Azure, or Blue-tailed. In this area, Large Reds seem to be much less common than the blue species, but where they do appear they will also settle on vegetation on land. But Red-eyed Damselflies appear to have a very strong preference for lily pads and other floating leaves, and spend most of their time too far from solid ground for anything other than record shots. The chap in my photo is a male, and even at a distance would be unmistakeable, with his deep red eyes and the top of his thorax completely dark; females are green rather than blue, with reddish-brown eyes and a narrow shoulder stripe.

Just after I photographed Mr Red-eye it began to rain, and I headed back to the café to meet R via the shortest available route – which luckily goes through a shrubbery, so I didn’t get too wet. I was confident that I’d be posting the damsel today, but as I reached the reception building I heard the unmistakable sound of swallows chattering, and turned to see this one intently checking the weather. It’s only a couple of weeks since I posted quite a similar photo, but this pose made me smile so much that I just can’t resist sharing it tonight.