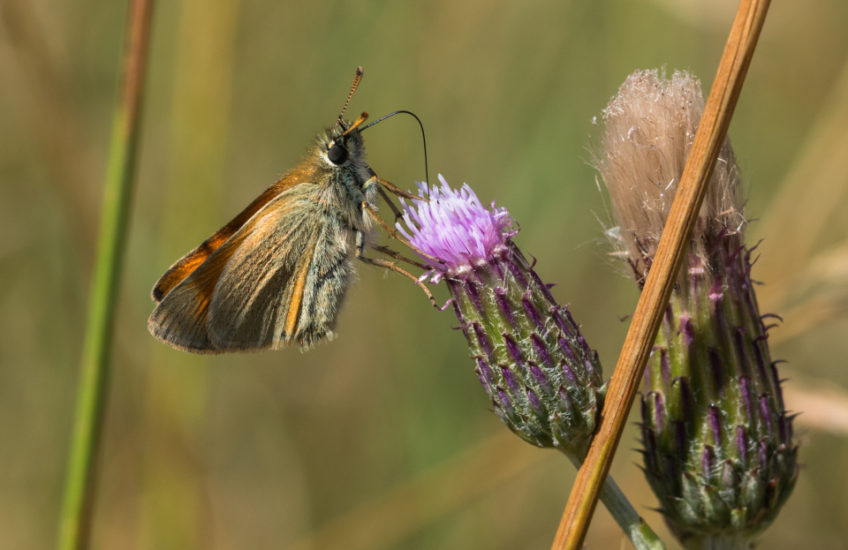 If you’re bored with tiny Skippers by now, I can only apologise. Today has been an almost overwhelmingly hot day (Pershore, a few miles down the road from here, recorded the hottest temperature in the entire United Kingdom this afternoon), and though I did my photo walk early there was very little bug life moving in the meadows and hedgerows. These Skippers always seem to be on the go though, flitting through the long grass and stopping very briefly from time to time to refuel.

I was pleased to discover a few Large Skippers on part of my walk this morning, having seen none for over a fortnight, but they didn’t pose as nicely as this one, which I think is a Small Skipper – I find it almost impossible to separate them from the almost identical Essex Skipper unless I can see the markings on the upper side of the top wing, but I don’t think there is enough black on the ends of this chap’s antennae for him to be from Essex.

I’m so zorsted by the heat that I’m planning a very early night. I don’t want to be a wet blanket, but I’m hoping it cools down tomorrow.