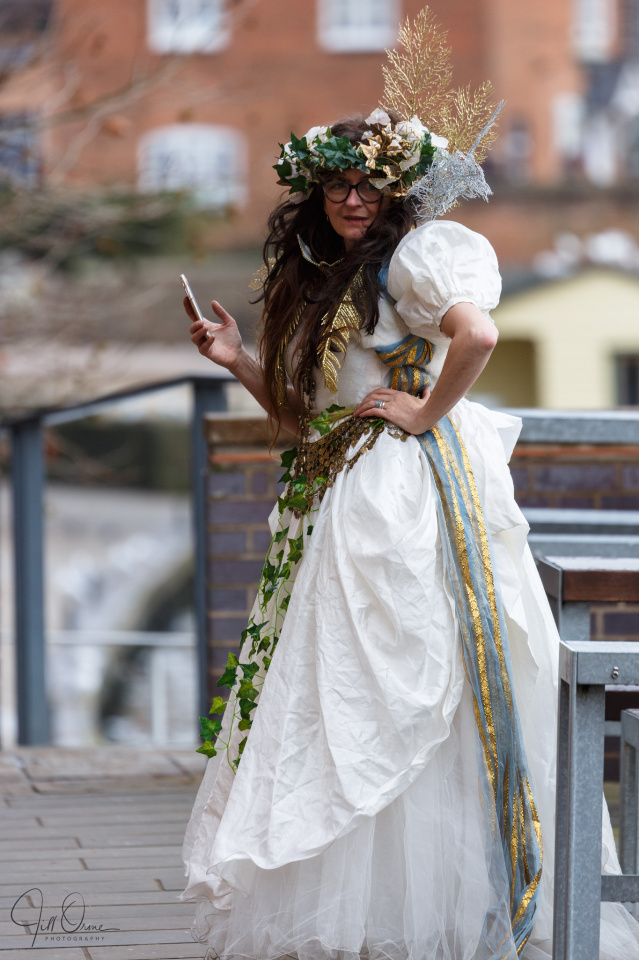 Seeing actors wandering about in full fig is relatively commonplace in these parts, but I was rather taken with this costume – I especially like the hat, and the phone adds a certain something too, I think. She was on the boardwalk of the Royal Shakespeare Theatre café, though I don’t know why – my only half-sensible thought was that she might be something to do with the current production of A Christmas Carol, but as R and I have failed to get tickets to see it, I’ll never know whether or not my guess was right.

If you’re interested, I also took some photos at the river of a feral pigeon, apparently doing tai chi.