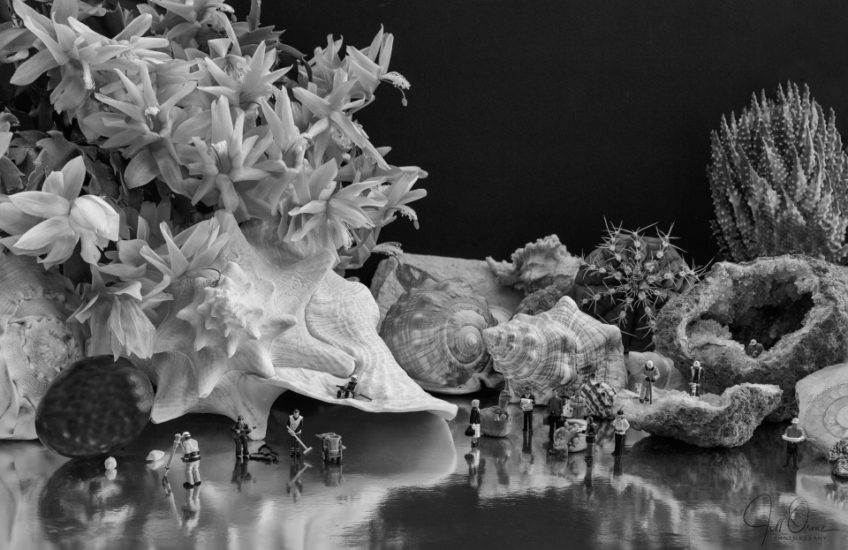 The Commuters inadvertently got onto the wrong train at Moreton-in-Marsh this morning, and were annoyed to find themselves arriving at the Centre of the Earth, rather than in Reading. To their surprise, a gang of Bachmen was already there: the Bachmanager was such a huge fan of Rick Wakeman that retracing the voyage described in Rick’s magnum opus had always been one of his life’s ambitions; and faced with the prospect of another week of dealing with The Slattern, while being made to listen repeatedly to David Hemmings’ apparent inability to inflect a line as though it were normal speech, several of his underlings had formed an Expedition Committee, and persuaded him to undertake the adventure while the Worcestershire weather was still unsuitable for digging roads. They were now busily engaged in geode mining and amber surveying, while the happy Bachmanager consulted his list of life’s ambitions and contemplated declaring war on Mars.

The Commuters were unimpressed with what they found at the Centre of the Earth. The Businessman in particular was snippy about the landscape, which he felt showed traces of the hand of The Slattern, and about the hatching dinosaurs, which he pointed out were out of scale. The Businesswoman, while keeping a weather eye on what – scale or no scale – looked to her to be a Tyrannosaurus Rex, was mentally composing a stiff letter to Central Trains about signage. The Policewoman – who was still stalking both the Businessman and the Musician after what she privately referred to as The Potatoes of Defiance incident, on the grounds that either or both might (just, possibly, at a stretch) be a Threat to National Security – was actually charmed by both the landscape and the dinosaurs, but at the same time was becoming increasingly anxious about how she was going to square her absence from her normal beat with her Sergeant, when she got back to the station. Whenever that might be. She was also becoming a little irritated with the Businessman’s relentless negativity, and more so with the Musician, who had now been playing Forever Autumn for the best part of an hour. She wondered how she could ever have found someone attractive who apparently couldn’t tell the difference between Jeff and Rick, David and Richard, or Jules and H.G. – in fact it was now clear to her that he was not after all a Threat to National Security, and wouldn’t need to be kept under surveillance when they returned home.

(The Slattern, who we’re all aware has too much time on her hands, stacked 20 layers to produce this image, and converted it in SiverEfex Pro. The original colour version is below.) 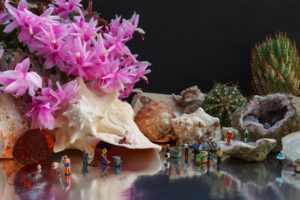