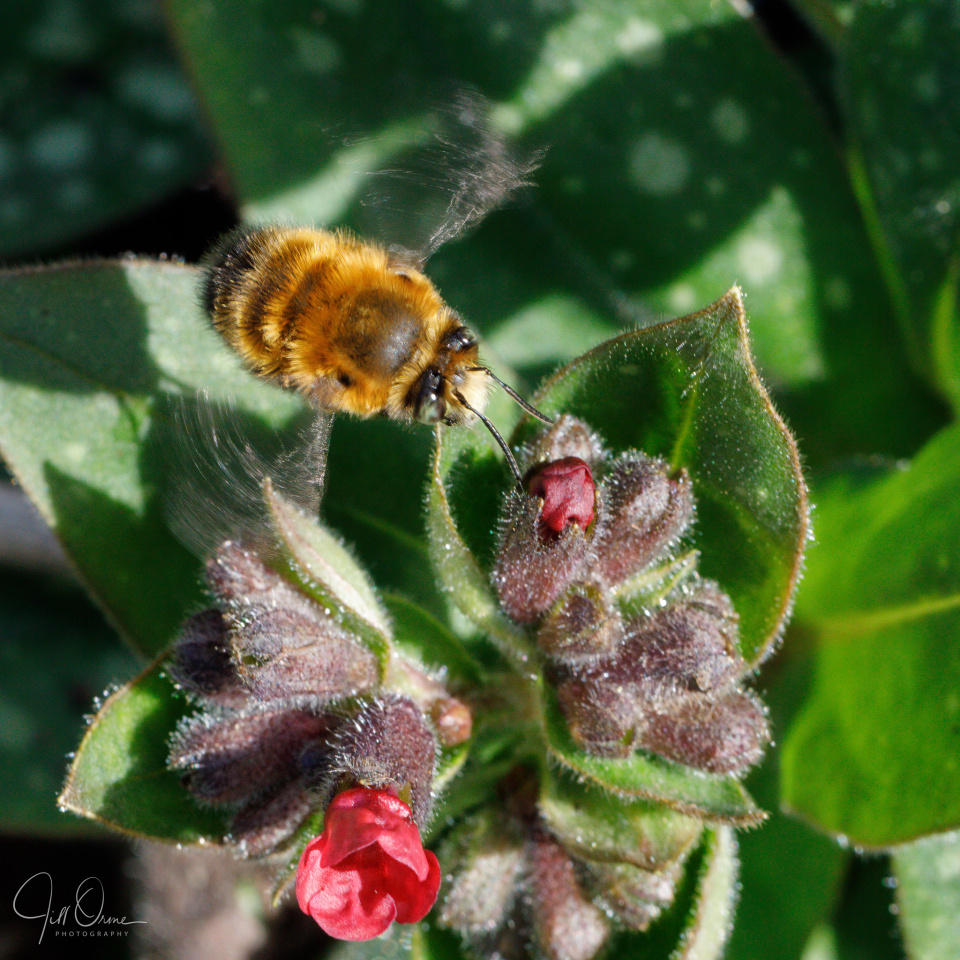 I missed the best part of the day, photographically speaking, because I was cooking this morning, and by the time everything was under way and could be left to its own devices, the warm sunshine had turned patchy, the wind had risen, and it was spasmodically spitting with rain. But photography isn’t the only thing in life – or so I’ve heard – and if you want to serve a slow-cooked curry at dinner time it has to be prepped before lunch. It turned out to be an especially good curry too (if I do say it as shouldn’t), so it’s a swings and roundabouts situation: what I lost in the photo stakes, I gained in Domestic Goddess points. Just to tip the virtue side of the scales a little further, I made a batch of yogurt – for the first time since about 1975 – so I’ll be having a healthier breakfast than usual tomorrow. If you don’t count the croissants.

Anyway. I did eventually get to search the garden for invertebrates, but aside from a few house flies I found only a single Bombus terrestris queen, two 7-spot ladybirds, and a couple of plumpies – no other solitary bees, no hoverflies, and no bee flies. It feels as though the invertebrate season is starting late, but I know that really it isn’t, except when compared with the exceptional spring of 2020: the second half of March is when things usually get going, and with the temperature forecast to rise next week there’s every chance that a mass emergence will happen on schedule.

Of today’s plumpies, this was my favourite because he was a kind of perpetual motion machine, never staying absolutely still even when feeding. With the light coming and going (and mostly going) I was using fairly conservative settings, and my shutter speed wasn’t high enough for a flight shot, which is why there’s more motion blur here than I would ideally accept. But I still like the image, because if there’s one characteristic that defines hairy-footed flower bees above all others it’s the way they zoom around, and I think this conveys a sense of that restlessness.