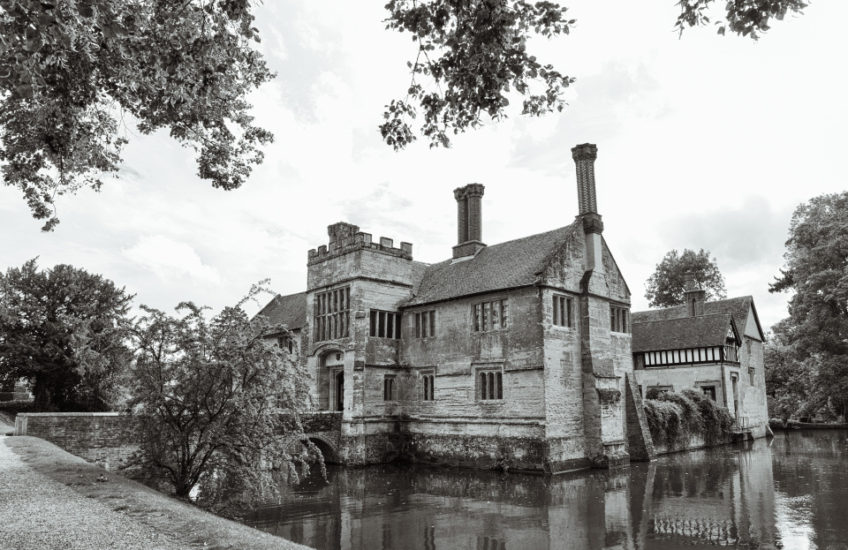 Here in the Heart of England we’re surrounded by more tradition than you can shake a stick at, so I was rather spoiled for choice today. I could have photographed traditional buildings without even leaving the village, but I was in the mood to be out and about so off I zoomed to Baddesley Clinton, a few miles north of Stratford-upon-Avon.

I do like a nice moat. In fact, I rather fancy having one myself. I can’t think of a more effective way of saying “the inhabitants are unsociable” than digging a trench around your house and flooding it – unless it’s stocking the water with carnivorous amphibians. A drawbridge might be a step too inconvenient – an attractive fixed bridge like the one here would be fine, I think – but I’d probably have a portcullis as well, just to be on the safe side.

There’s more about this lovely house here and here.