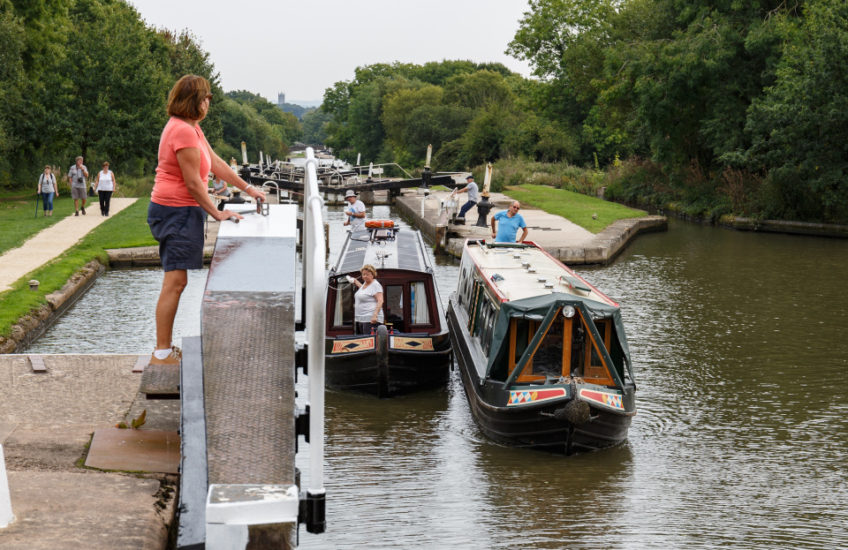 Today it was R’s turn to begin the process of interviewing car salesmen and he wanted me to go too, as he has a peculiar preference for me not to refuse to drive his next car, as I mainly do with the current one:

(I can’t park the MX-5 either, because it doesn’t have sensors and the wheels are right out at the very edges of its body – great for stability on corners, and also for suddenly discovering as you put it into a narrow parking bay that you’ve found the kerb a little more forcefully than you planned: the Destroyer of Alloys has already taken a chunk out of the rear near-side wheel. But we’ll step around that.)

So anyway, I had to go with him and test drive a Honda something-or-other. He thought it was underpowered, and I thought it was a lot bigger and a lot less fun than the MX-5. But very sensible.

After listening to car-speak for an hour we felt that we deserved some sustenance, and I suggested that we should try a big gastro-pub up at Hatton Locks, which I passed yesterday going to and from Baddesley Clinton. We had a pretty fair lunch and then wandered down to the Locks and pootled around for a while so I could take some photos.

Hatton Locks is a flight of 21 locks within a 2 mile length of the Grand Union Canal, negotiating a rise (or fall) of nearly 150 feet. It originally opened in 1799, but was widened in the 1930s to allow more cargo to pass along the route: as you can see here, two narrow boats can negotiate the locks at the same time. As well as being quite famous, or possibly infamous, among narrow boaters, it’s now a tourist attraction in its own right – I think because so many interests can all be satisfied here: you get history, a genuinely impressive feat of engineering, water, boats, and the pleasure of watching other people work.

The Locks are staffed by volunteer lock-keepers, which must be a boon to boaters negotiating the flight. R, who did narrow boat holidays with his mother and sister as a teenager, says that it’s very hard work indeed to do the whole thing unassisted, but I doubt that many people do the entire flight these days without some of the gates being opened for them. My extra (and R’s favourite of today’s photos) shows two of the volunteers exchanging some gossip while they work. 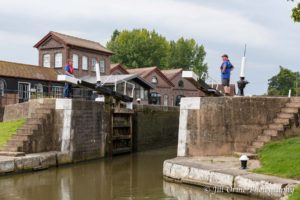