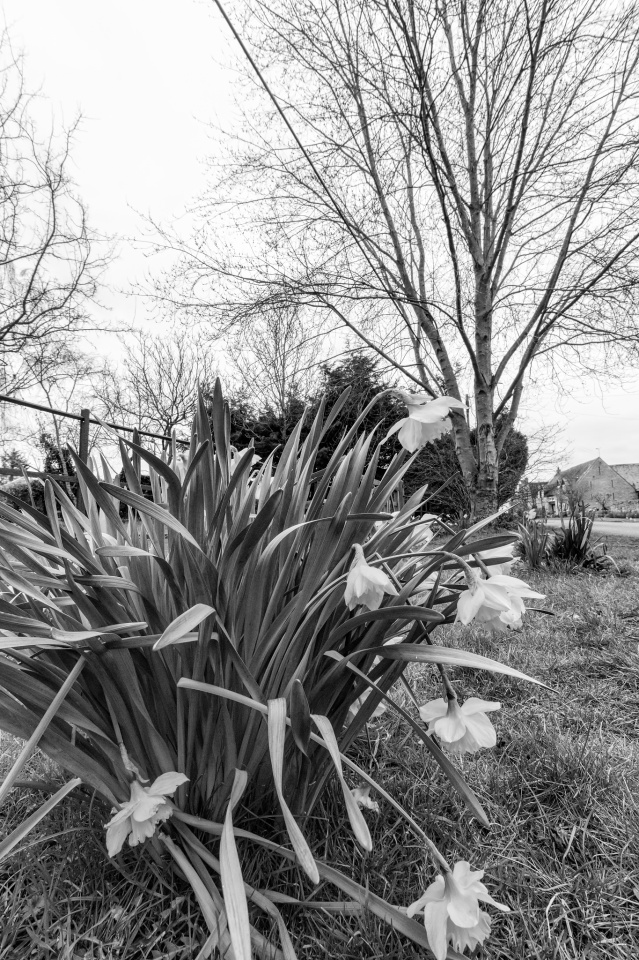 I’ve been havering for about the past hour: I simply couldn”t decide which photo to blip. In the end I’ve gone with this because it’s my MM shot, and I’ll put my others on Facebook – though I’m not sure that I don’t like them better.

I’ve had an I.T. issue over the past few days, which has ended up having to be handed over to the software developer today; but a sequence of emails going back and forth all morning meant that I didn’t want to move far from a computer screen, so the errands I should have been running today will have to wait till later in the week. This also meant that my plan to go up the RSC observation tower and take a Big Pano from the top came to nought – and I had to rethink the Big Picture.

Imagine me, if you will, lying flat on my face on this bit of verge, on an old towel I’d taken with me for the purpose, with the camera at an angle that meant I had to reach across the top of it left-handed to press the shutter button. Hoping, needless to say, that there were no witnesses.

At which moment a voice enquired “What are you filming?”

I very nearly replied “Pixies,” but managed to swallow the retort back down because:
a) it would have been gratuitously snippy; and
b) I’m pretty sure the village already thinks I’m barking, and I can do without acquiring the reputation of being someone who believes in pixies.

On my way back to the house I spotted some muscari growing in a neighbour’s wall, so I snapped those as well, and I’ve put them in as an extra. Both shots were taken at 10mm, and processed through Lightroom, Photoshop, Topaz B&W and Topaz Clarity. 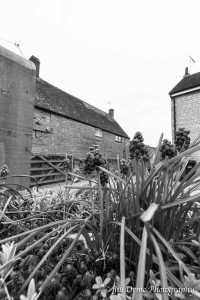