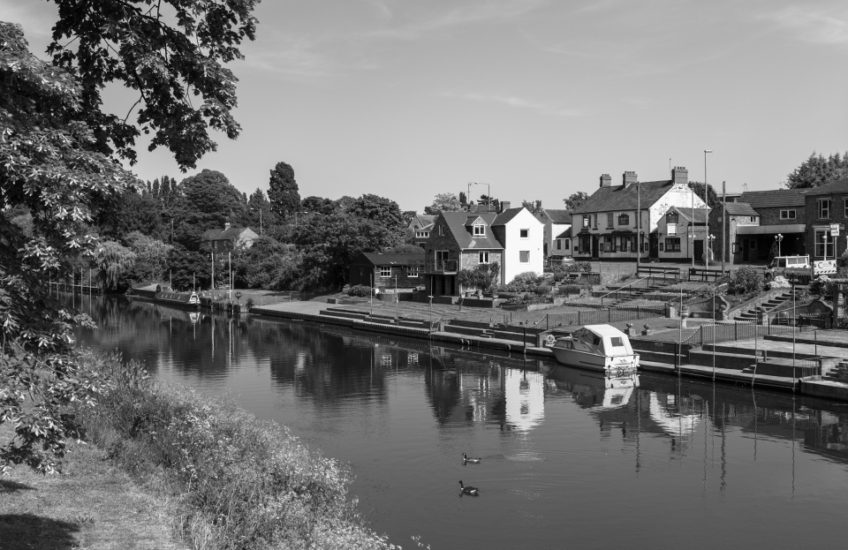 I’ve had to take it pretty easy today, suffering the inevitable joint reaction to all the running about I did at the weekend. But I decided to go for a walk along the river in Evesham this afternoon, looking for a shot to fulfil today’s MM brief from Redflash, and spent a very pleasant hour strolling by the water in the warm sunshine.

The river bank was fairly busy with other people doing the same thing, or simply sitting on benches and rugs or in deckchairs enjoying the day, and it struck me how very strongly the national mood in Britain ties in with the weather: strangers were smiling at each other and passing friendly comments on babies and dogs, in a way that simply wouldn’t happen in the winter. It’s almost as though we relax and open like flowers, as coats and jumpers are shed, hunched shoulders loosen, backs straighten, and we raise our faces to the sky and smile.

I think I may have taken too many meds…

Tomorrow there will be less fanciful philosophising, and more bug hunting. WWombat is asking for Tiny Tuesday entries which connect in some way with the weather, and as I have to deliver yet more car documentation to Coventry (thank you, DVLA, for making the business of retaining a number plate exactly twice as complicated as it has been for the past 20 years), I’m planning to swing round via Brandon Marsh Nature Reserve in the hope of finding some basking dragons.

Unless the Rule of British Summers strikes, which is that three fine days are generally followed by a thunderstorm – in which case I’ll be hunting photogenic droplets.