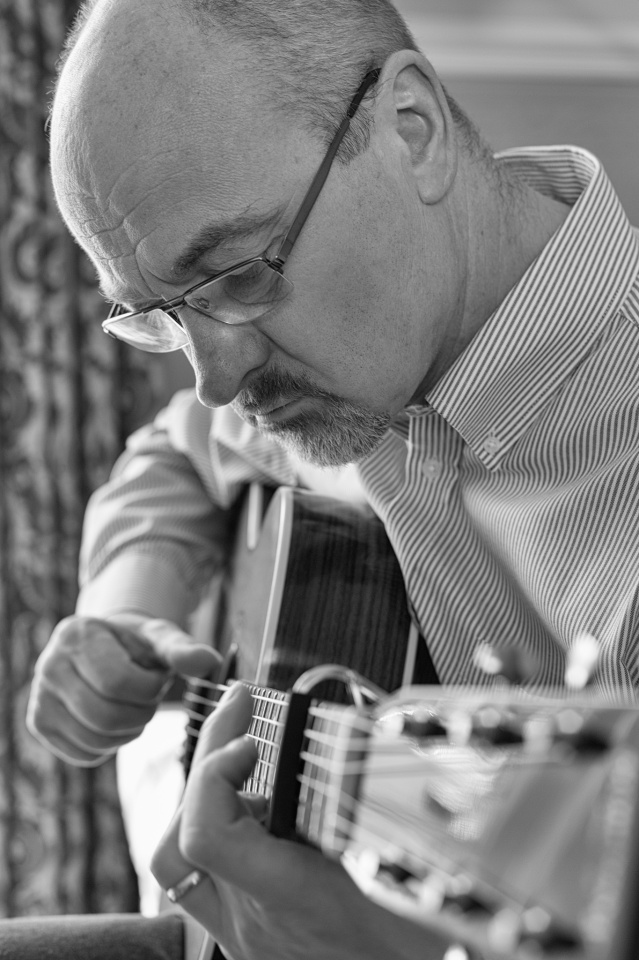 “The problem I have with all of these,” said R, “is that they have me in them.”

Poor man – as if it’s not enough that he’s married to a woman who spends all day, every day on photography, leaving his meals uncooked, his clothes unwashed and the house going to wrack and ruin: he then gets press-ganged into acting as a model when the challenge of the day is Portrait.

We’d had a stressful start to the day as it was. At about 11pm yesterday I remembered that I hadn’t put out the recycling bin for collection – but there was no way I was going outside at that time of night in my pyjamas, in the middle of a storm severe enough to be named after my sister, so I made a mental note to do it first thing in the morning, and went to bed. By this morning, needless to say, the mental note had erased itself, and I was sitting peacefully at my desk (still in jamas) installing the Nik suite on my Mac, when the rubbish truck suddenly hove into view. I threw myself downstairs, yelling for R – but in vain: by the time we’d even got the front door open, the truck was gone.

Faced with a full wheelie bin and a 2-week wait until the next recycling collection, R manfully set to work, emptying and sorting, and late this morning we filled the car and drove to the Recycling Centre. Not the best way I can think of to spend a Bank Holiday Monday, but at least it gave us a good excuse for indulging in compensatory coffee and cake afterwards.

Back at home R manned up yet again, and allowed me to prowl round him with the camera while he was taking a short guitar break from work. Despite his reservations about my choice of model, he agreed with my choice of this photo as today’s blip, so marital harmony reigns. The extra is a shot I grabbed immediately after issuing the instruction “Happy guitar face!!” – not perfectly in focus because his head was moving, but that dimple is one of the reasons I married him. 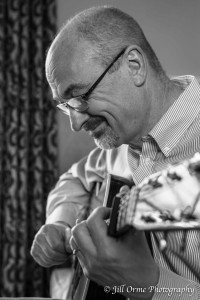 I processed all of today’s shots through Silver Efex Pro; it’s too early to be sure, but my initial impression is that it might not be as powerful as Topaz B&W, but it’s slightly easier to use – the interface is cleaner, and it seems play better with Lightroom. I’m slightly nervous about the fact that Google is now giving away this suite – my expectation is that there will be no further development, and that sooner or later the plugins will become incompatible with the Adobe programs – but for now it’s fun to have some additional tools in the processing armoury.