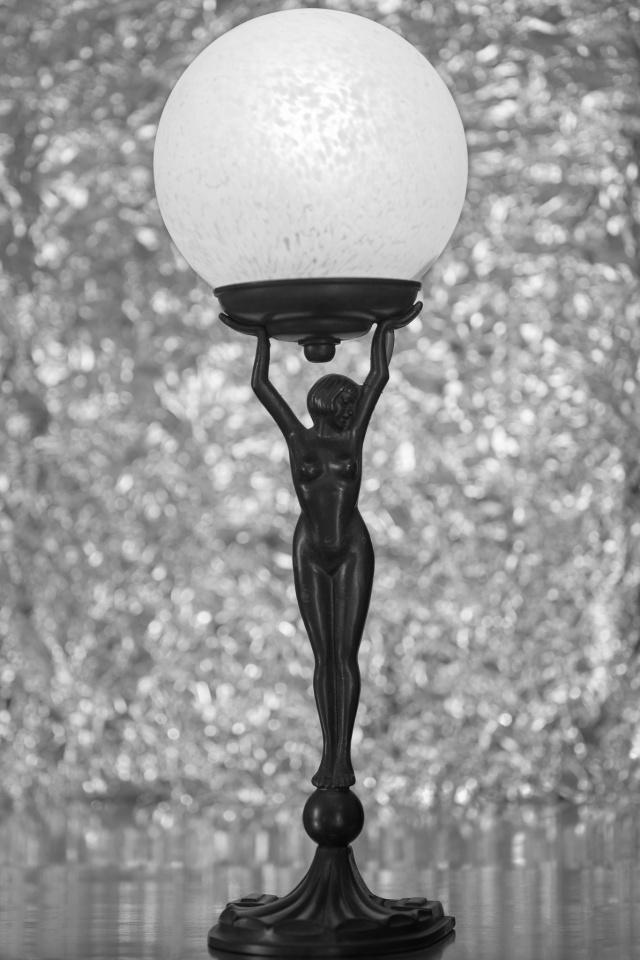 Not content with photographing this lamp for today’s challenge, I decided to incorporate crinkly foil bokeh into the image, and also to take bracketed exposures and combine them in either Lightroom or Photoshop. Both of these seemed like good ideas at the time.

The first issue was that I ran out of foil, which necessitated a trip to Waitrose.

Other supermarkets are available.

Then I discovered that the HDR function in Lightroom really isn’t very good – which is surprising, because its panoramas are great. At first I thought it was probably something I was doing wrong, but after several attempts I decided that actually this time it wasn’t my fault. So then I blended the exposures via the HDR function in Photoshop – which worked better, but still gave me an output image that needed a lot of extra work. I did the extra work, but still wasn’t happy.

In the end I took my three exposures (plus an extra one with the lamp removed) into Photoshop as layers, and blended them manually. I don’t recommend looking at this full screen, unless you want to see how poor my masking is. Despite its (numerous) flaws, this is the best-balanced image I created, which is why it’s the one I’m posting. I did think about downloading Aurora to see if that could make a better fist of the whole thing – but by that time I was losing the will to live.

And so ends another day filled with creative achievement….