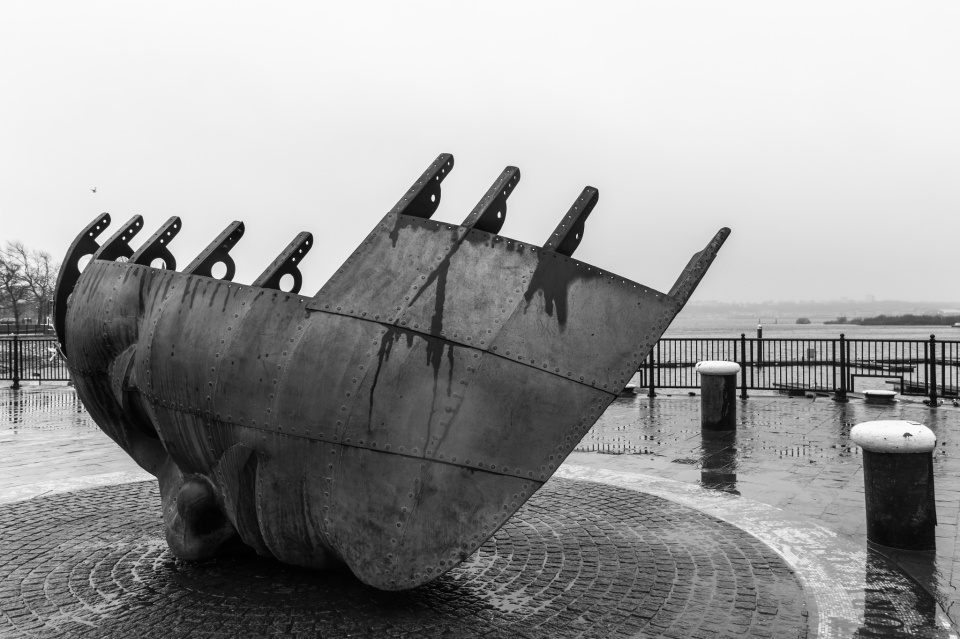 R and I went to Cardiff today, on an urgent parental mission to deliver a backpack to the Animator, who is about to go on holiday. You may be perplexed to read that the capital city of the Principality appears not to be able to sell luggage to those requiring it – but having been L’s mother for twenty six years now, it takes far more than that to surprise me.

Anyway, we took advantage of what these days is a relatively rare block of time with our firstborn child to have a long catch-up chat over a pleasant lunch. Not that R and I have anything interesting to tell, but she’s very busy with varied work projects, and it was exciting (and reassuring!) to hear all about those. There’s one in particular that I’m dying to tell you about, but it’s embargoed for now; I hope to be blipping about it in a few months.

I’d been wanting to photograph this memorial at Cardiff Bay since I saw a photo of it on Facebook a few months ago, so after lunch we went to find it. The weather was especially Welsh today, in that it was raining horizontally and blowing a gale, and you could barely see from one side of the Bay to the other – but that seemed rather appropriate, given the working conditions of merchant mariners.

I found the memorial powerful and moving, and I think that my youngest great-uncle, who was in the Merchant Navy during World War II and sailed in the Arctic convoys, would have approved of it very much. There’s some more information about it here.