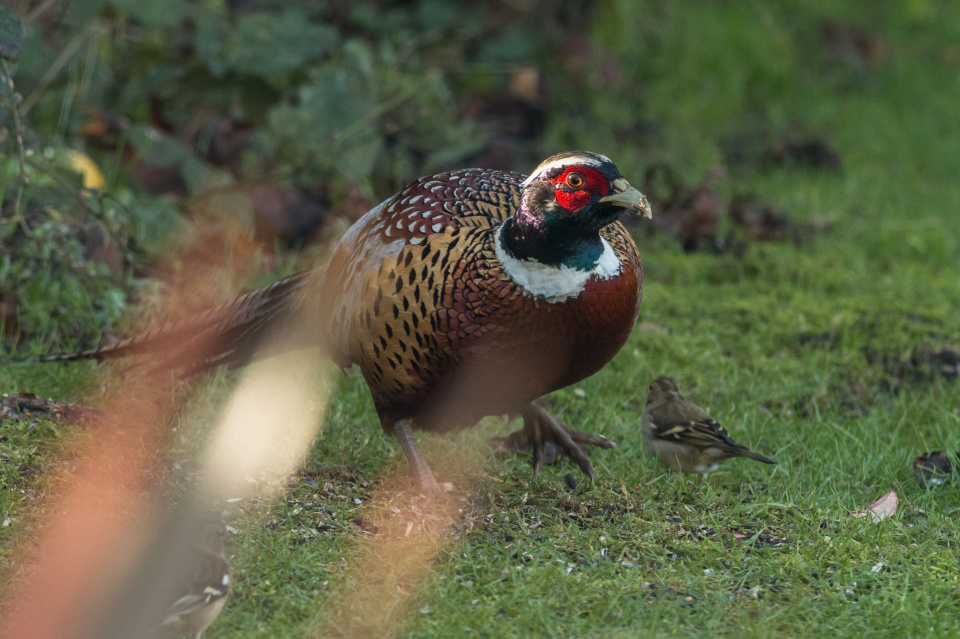 …is what I was, that he skulked about in the depths of a flower bed, when I was kneeling in the conservatory with the 400 lens at the ready to take his photo.

After about quarter of an hour (with my knees howling in anguish on the hardwood floor) he tentatively emerged, but instead of going to where I could get a proper sight on him he stayed in the shadow of the patio wall. Then retreated to the flower bed. Then, after several more minutes,  emerged….slowly….

This was taken through the leaves of a pink Phormium, but it’s the best shot I managed. Shortly afterwards he retreated to cover again, and appeared to be leaving altogether. I gave up on him and turned my attention to the small birds on one of the feeders, but after a few shots the 70D told me that its memory card was full. Having removed the camera from the tripod I stood up, and as I turned to leave I glanced over my shoulder – to see Mr Pheasant striding confidently out of the flower bed into clear ground.

Needless to say, by the time I’d come back with a fresh memory card he was nowhere to be seen.

It’s a hard life, being an armchair wildlife photographer!