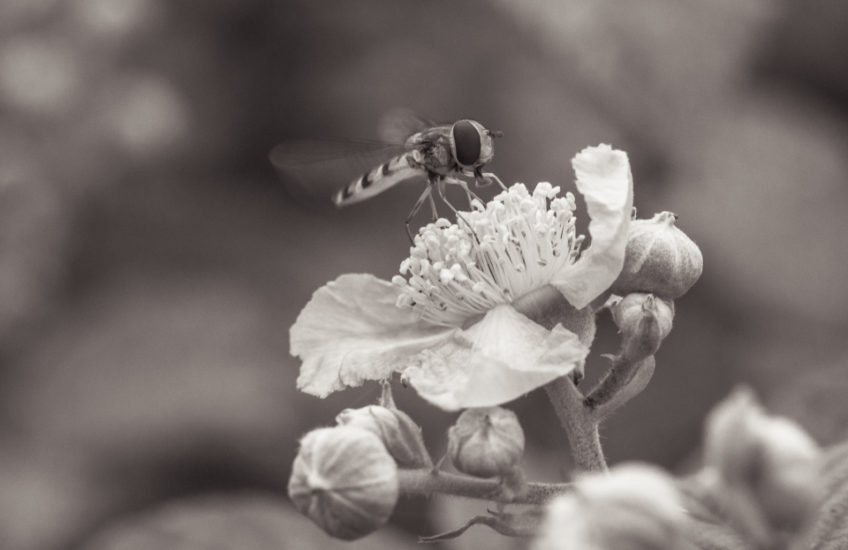 If I were ever granted a special power, the one I would want is the ability to fly. Or maybe, to be able to vaporise lying politicians. No, flight – definitely. Probably…. Anyway, as soon as I saw that the theme for this week’s Mono Monday was Free, I thought how free it would make me feel to be able to fly, and I decided that if the light was good today I would try for a shot of a bird in flight.

But some days, as we all know, are better than other days. And for me, today has been one of those days which is rather less successful than some of the more successful ones.

It began with a very poor night’s sleep – something which isn’t unknown when R is away. He’s a much lighter sleeper than I am, so as long as he’s home I can safely leave the whole home guarding business to him; but when he’s away I seem to be on high alert for any strange noise in the house – and given that this building is over 200 years old, and moves creakily with every change of temperature or strong gust of wind, that doesn’t make for peaceful slumber. In fact, I can tell you if you weren’t awake at 4am that it was a beautiful dawn – I even contemplated going out and photographing it, but the sky was almost cloudless so I let it go and went back to bed.

By the time I surfaced properly just before 9am, there was thick cloud cover. I still thought I might get some bird photos though – and I needed to give the Big Lens a bit of a workout because it took a knock on Saturday, in circumstances I needn’t bore you with, and though I wasn’t especially worried about it (it’s a Canon L 400mm, which is made of metal and more likely to do damage than sustain it) I thought it would be sensible to take a set of shots, to be sure that the focus was still OK. So I set myself up on the patio, mug of tea in one hand and cable release in the other, with the 5D and Big Lens on a gimbal, pointing at the nearest bird feeder. The birds fluttered about and were photographed; then I moved myself and my gear and took another set from a different angle; and then I decided I probably had enough shots and should go and process them. I took the camera off the gimbal and was about to go into the house when some starlings started fighting and kerfuffling, so I lifted the camera, pressed the focus button – and nothing happened.

Knowing myself as I do, my first thought in these situations is always that I’ve done something stupid, so I checked all the switches on camera and lens – but they were all in the right positions. I then ran through a series of tests using both camera bodies, the Big Lens and my macro, which revealed good and bad news. On the plus side the Big Lens seemed, so far as I could tell, to be working normally; the 5D, however, was in big trouble – and as I kept trying its various switches and buttons its problems multiplied, until I found myself mentally reciting the Monty Python Dead Parrot sketch. Long story slightly less long…. it’s now en route to A J Johnstone in Glasgow, who I trust are going to be able to fix it.

So, my bird shots are sitting in a compact flash card on my desk, and as I don’t own a card reader and the 70D only takes SD cards, there they must stay until the 5D comes home again. By the time I’d packaged it up appropriately with all the relevant documentation for a warranty repair, fought my way into Evesham through school chucking-out time traffic, queued for nearly twenty minutes in the Post Office, been to the bank, and then fought my way back out of the Sham and made it back home, the light was almost non-existent and I still didn’t have a photo to post. Birds were now out of the question, but I thought I might get lucky with some bees or hoverflies at a nearby bramble patch – but the focusing system of a 70D really isn’t up to tracking bugs in flight, so I had to resort to pre-focusing on likely spots and burst shooting as the bugs went through. It wasn’t the most successful of strategies, but in the end I did get this Marmalade fly (Episyrphus balteatus) just coming into land, with her tiny hairy tongue at the ready for her free supper.

Today’s Furious Driving Music from my iPod comes from Kiri Te Kanawa. I once saw her sing Donna Elvira at a prom at the Royal Opera House (opposite Samuel Ramey, I seem to think) – an experience which was completely worth losing almost all the feeling in my legs, and being unable to walk without pain for two days afterwards.

One piece of political news before I go: Nigel Farage has resigned as the leader of UKIP, because he says his work here is done. As this isn’t the first time he’s resigned, wagers are being taken as to how long it will be before he graciously accedes to the party’s pleas that he should stay on. But he says he wants to spend more time with his family – a prospect they must surely be finding utterly thrilling – and also that the “real him” will now emerge; opinions are somewhat divided as to what this might be, but my bet is on it being something akin to this.