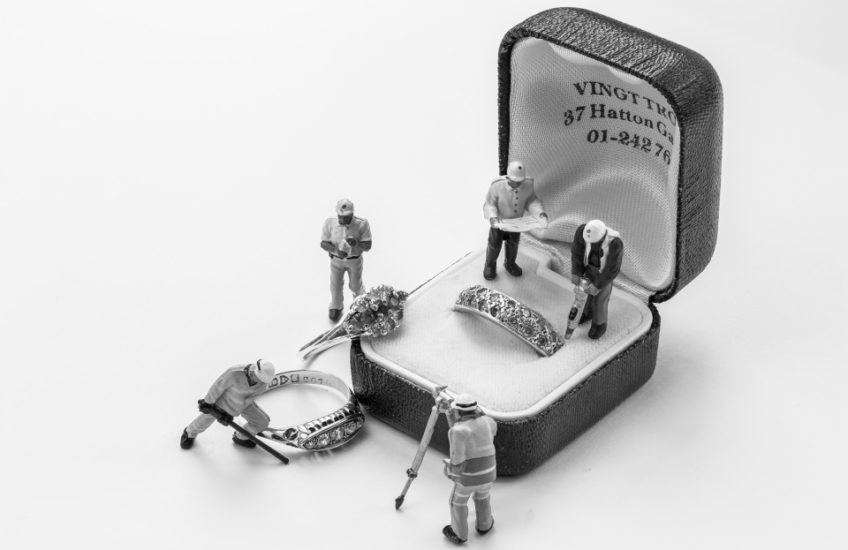 The Bachmen were confident that The Slattern wouldn’t notice if they helped themselves to a couple of her diamonds and sold them on eBay, in order to top up the tea and biscuits fund.

I’ve spent much of today sitting in a heap after the exertions of the weekend, though knowing that the Bachmen are keeping a close eye on my output I feel I should point out that I’ve done quite a lot of editing of my shots from The Complete Walk yesterday. Child One phoned for a chat this afternoon – sadly she wasn’t able to get to London herself over the weekend because she was involved in running Cardiff Independent Film Festival, so she was keen to hear which films I’d most enjoyed and why. I’m hoping that her contacts at The Globe will alert her to any future screenings of the project, because I’d really like to see all of the films again (preferably in a more comfortable environment).

When I saw the subject chosen by davidc for today’s Mono Monday, the first thought that wandered through my rather foggy brain was “oh good – shiny things!”, because I do love a shiny thing; and the second thought was “focus stacking”. As well as the Bachmen, this six-shot focus stack contains my eternity ring (given to me by R for our 10th anniversary, when he said it felt as though we’d already been married for an eternity), my mother’s engagement ring and a little old-cut diamond dress ring I bought a few years ago.