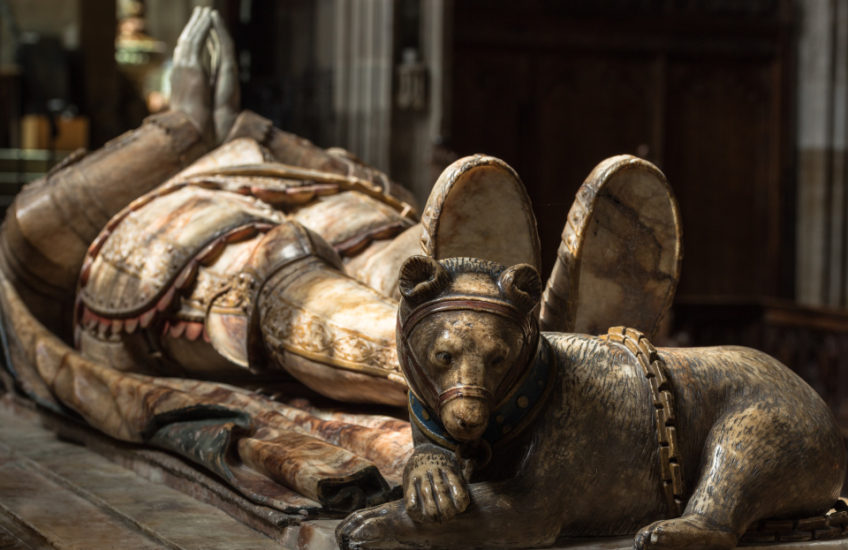 I was lucky enough today to be part of a great blipmeet in Warwick, organised by sdg92. Despite me having lived in the area for over twenty years, Steve managed to take us to two fascinating places I’ve never visited before: St Mary’s church, and the Lord Leycester Hospital. I will definitely be visiting both of them again.

This morning hildasrose, mr hildasrose, blacktulip, sdg92 and I all climbed the tower of the church – the narrowest and most treacherous spiral staircase I’ve ever tackled, but with a stupendous view from the top. Back at ground level we spent a while wandering about inside the church while our jelly legs gradually stopped quivering, and I was completely charmed by the Beauchamp Chapel, which contains three enormous and splendid tombs belonging to Richard Beauchamp 13th Earl of Warwick, Robert Dudley Earl of Leicester and his second wife Lettice Knollys, and Robert’s brother Ambrose Dudley Earl of Warwick.

The Dudley family’s see-sawing fortunes under the Tudor dynasty are pretty interesting, if history is your thing: they were immensely rich and powerful under Edward VI, but after his death their failed attempt to put their sister-in-law, the unfortunate Lady Jane Grey, on the throne put them severely on the wrong side of Mary I. Jane Grey, her husband Guildford Dudley and his father were all executed, while Ambrose and Robert spent some while imprisoned in the Tower of London and were stripped of their titles and property. After their release they tried to get themselves back into favour, but didn’t really succeed until Mary died and Elizabeth I came to the throne – at which point their fortunes were restored. Ambrose was given Warwick Castle, while Robert owned Kenilworth Castle, a few miles down the road – so it seems fitting that they’re also neighbours in death.

This is a view of Ambrose Dudley’s splendid marble tomb, with the bear which was one of his household devices, and is still the County symbol of Warwickshire, lying at his feet. Though this is one of my favourite photos of the day I’m aware that it’s not an especially tiny bear, and even though I’m hosting and therefore not in competition I feel that I should make a bit of an effort on Tiny Tuesday; so I’ve given you an extra – or in fact, two extras today. The first, which is about as tiny as anything I shot all day, is the cloak badge belonging to Bill, one of the Brothers at the Lord Leycester Hospital; it’s made of silver, and he told me that it’s one of the original badges presented to the Hospital by Elizabeth I in 1573. 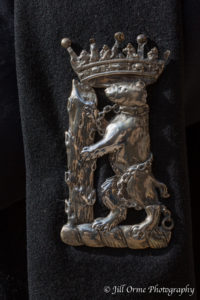 The second extra is Bill himself, a naval man for forty years and resident in the Hospital for the past six, who was very happy to show us around and pose for photos. 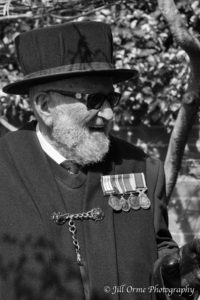 I heartily recommend a visit to the Hospital if you’re in the area – their opening hours and some other information can be found on their web site.