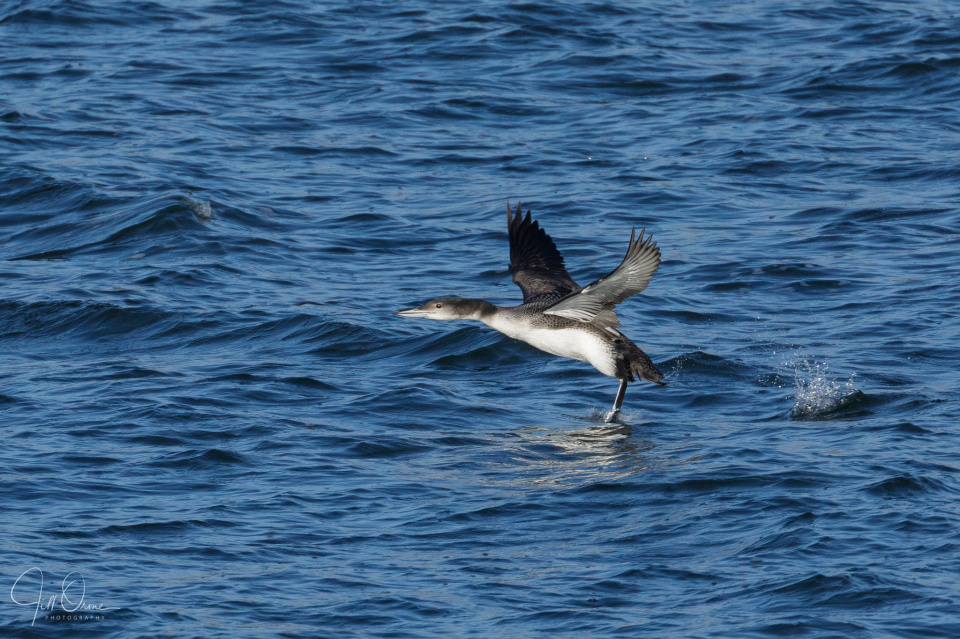 Having missed the chance to photograph a great northern diver in Worcester recently, the poor creature having died of avian ‘flu, I zoomed over to Draycote Water in Warwickshire this morning, where a couple of them have been wintering for the past few weeks. By now I think I know the best section of this reservoir to check when looking for a diver, but this pair of birds have been described as being ‘mobile’, so I was mentally prepared for a long walk – and quite possibly ultimate failure. It wouldn’t have been the first time I’d walked the perimeter of a large lake in search of one of these birds – which are only about the size of a small goose, and rest low in the water – without managing to spot it.

In the event though I found this individual almost at once, at the bend in the perimeter wall that I think of as my lucky diver corner. It was alone, and was busily and repeatedly diving for food, so I spent a few minutes pottering up and down, trying to predict where it would surface so as to be as close to the spot as possible to take photos. After a while it moved further out onto the lake, preened briefly, and then appeared to be thinking of going to sleep – so I was taken completely by surprise when it suddenly roused itself and began a running take-off across the surface of the water. The first frame in this sequence is, in consequence, more blurred than I’d like, but I’d never even seen a great northern diver take off before, let alone managed to photograph it happening, so overall I’m pretty pleased with the photos. The interesting thing, I think, is how far back along the body the legs are set; this conformation gives the diver great propulsive power in the water, but makes it peculiarly graceless out of it. When you add in the fact that it’s a heavy bird for its size, it’s not surprising that it doesn’t take off easily, and needs a good expanse of water to be able to get itself airborne.

Once the bird was up I continued to track its flight for a while, but then gave up and walked around to the far side of the reservoir, where it had apparently been heading. And when I arrived there was indeed a great northern diver sleeping in the middle of the bay – but it wasn’t this one, which had turned in flight and come back to lucky diver corner. I caught up with it again a couple of hours later, by which time the light was tricky and the wind and water were both getting quite fierce; the photo below shows it riding a wave. 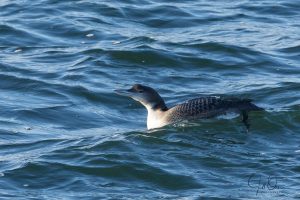