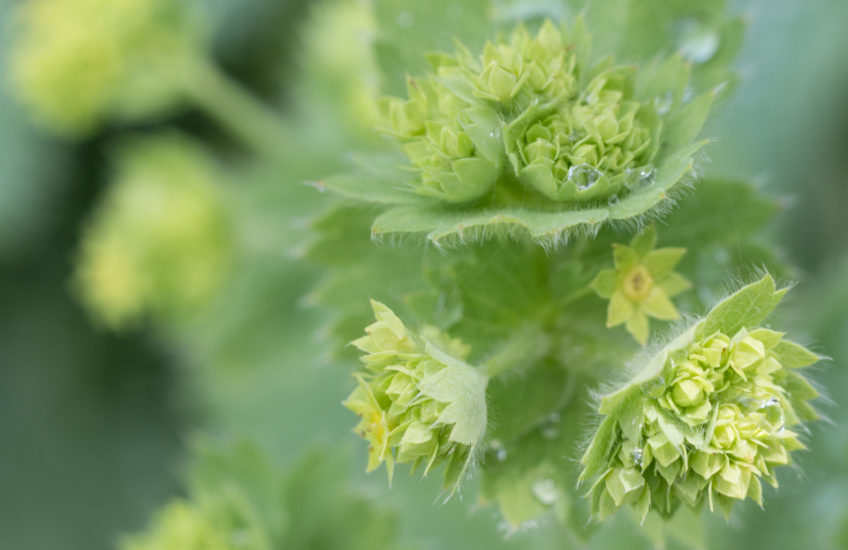 This is Alchemilla mollis, which I found last year underneath another plant I was moving. It only had one leaf at the time, which I recognised just as I was about to pull the two plants apart and discard this one as a weed. I replanted it without much expectation of its survival, but it’s a tough little thing and is now thriving at the edge of the pear tree bed. I’m always attracted and intrigued by the way water droplets sit on its hairy leaves, in a way that seems almost to defy the laws of physics.

This was quite an interesting shot to process, in that the Lightroom presets I’ve made are all designed to increase contrast and “pop” under various lighting circumstances, and none achieved what I was looking for with this because I didn’t want to lose the misty quality in the SOOC image.  After trying them all I went back to the drawing board with it and applied a lens correction; then gave it a little clarity but reduced the contrast; and finally in the tone curve I moved both the lights and darks slightly to the right to lighten the image overall. I think it works reasonably well, and it was R’s favourite of my photos today.

I’m away to watch Ripper Street now. Have a good weekend, lovely people!