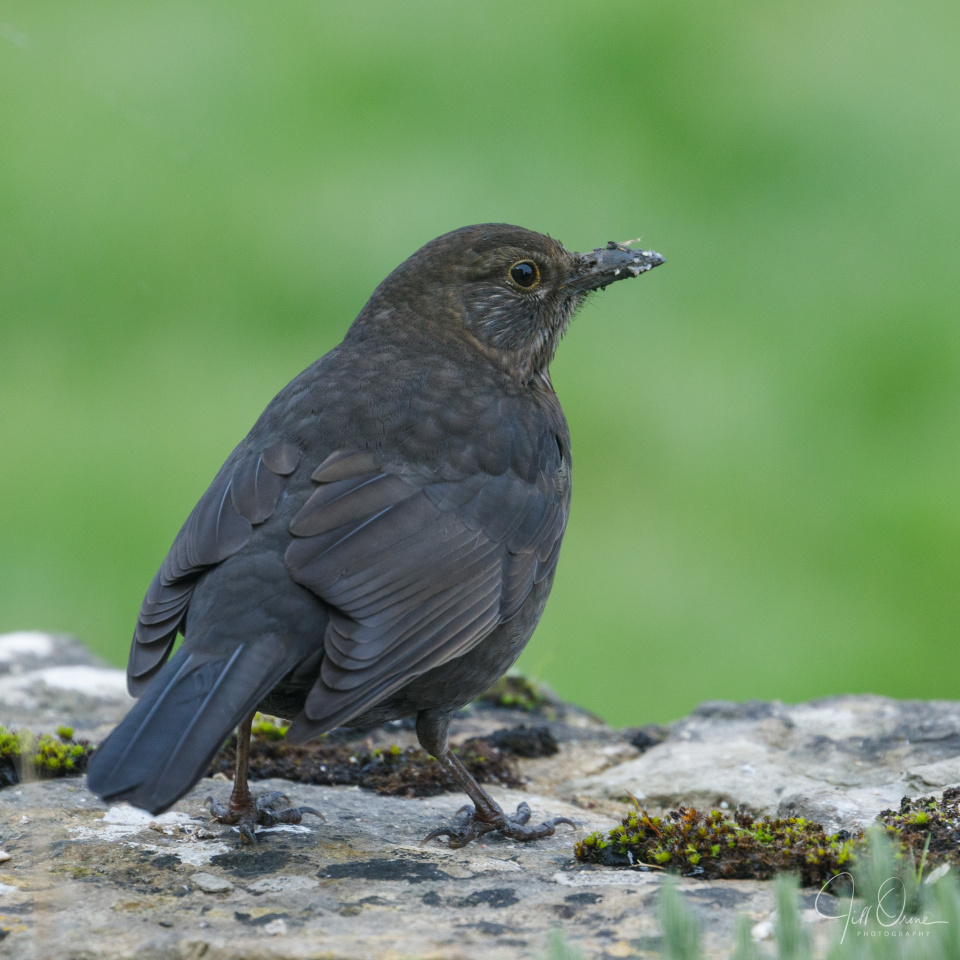 I’m a fairly messy eater myself, to be fair, so I’m not in too strong a position to criticise the state of her face – especially given that I have soap, and opposable thumbs, and she doesn’t. She’ll have been fossicking around in a flower bed, or quite possibly in one of my patio pots, for worms and grubs before spotting the sprinkling of bird food on the wall, and unfortunately quite a lot of seed has then stuck to the soil on her bill. I daresay it was displaced eventually, as she rummaged in the ground for more live food.

I spent a while this morning setting up my new phone, and once again I have to hand it to the Fruit Corporation: they’ve made the process as easy as it could reasonably be. I see you have a new phone here. Would you like to transfer your data and settings from the old one? “Yes please.” Then put them next to each other and I’ll do that for you. And then, fifteen minutes later: There you go. Just add a SIM card, and you’re done. Well, maybe not quite done. First the phone itself, and then (it seemed) every single app on it had to be updated – but when I think back to the awful faff that used to be involved in a change of phone, this was almost unbelievably straightforward. 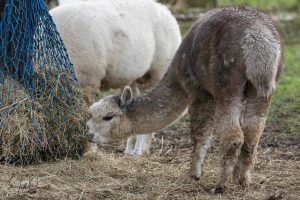 Once I was re-equipped with a working phone R and I went for a walk around the parish, and he took me down a lane to show me a field of what I swear to you he called acapellas. Sometimes I wonder if some members of my family are just a little too obsessed with music. Anyway, the acapellas were quite sweet, though too busy eating to be very interested in a pair of humans peering over the wall at them, so I’ve added a photo of one of them. Incidentally, if you’re as unsure as I was of the difference between an alpaca and a llama, alpacas are a lot smaller, and have shorter, blunter faces, and relatively small ears; but genetically the two species are close enough that they’re able to interbreed. There’s an informative article here about the similarities and differences.