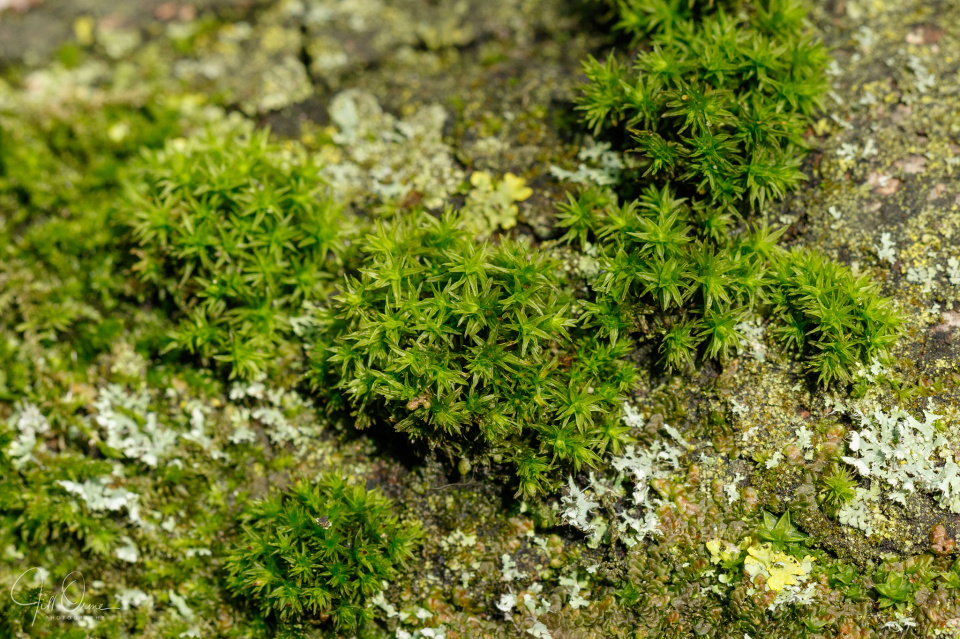 It was so balmy at lunch time that a neighbour, who walked past while I was out in the garden looking for macro subjects, commented that it felt like spring. Which it did, but all the while I was relishing the light and warmth I was uncomfortably aware that this wasn’t really appropriate because it’s not yet the middle of January. Anyway, I needn’t have worried about the unseasonable temperature, because by the time R and I went out to take our state-sanctioned exercise at about half past four, it was absolutely bitter.

The main image is a macro shot of a little patch of moss and lichen, growing on a branch of the big oak tree in our wild garden. It appealed to me because of the way the light was catching it, which revealed the fact that there are several different organisms here – though I’m as ignorant about mosses and lichens as I am about most other things, so I’m quite unable to tell you what they are. I foresee an addition to my reference library in the not too distant future. 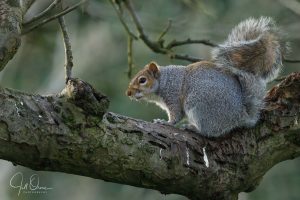 The extra today won itself a posting because of the amusement its subject gave me. I was sitting on the patio, drinking a cup of coffee and idly watching the bird life in the garden, when I realised that a squirrel was sauntering along the top of the fence, heading for the apple tree with its trio of hanging bird feeders. A few moments later it appeared on this branch and tipped itself upside down, swinging from its back feet and stretching out its forelegs to grasp the peanut feeder – and then startled, because it suddenly realised that I was sitting a few metres away, watching. It quickly swung back up onto the branch and then froze, trying to look like a bit of tree, and waiting to see if I was a danger or not. We then gazed at each other for several seconds, and it was only when I began taking photos that it lost its nerve and left, tiptoeing gently back along the branch and down the tree trunk, and then strolling away down the garden like a squirrel who’d never so much as considered the possibility of stealing any bird food. I’m quite confident that within ten minutes of me returning to the house it will have been back at the peanuts.