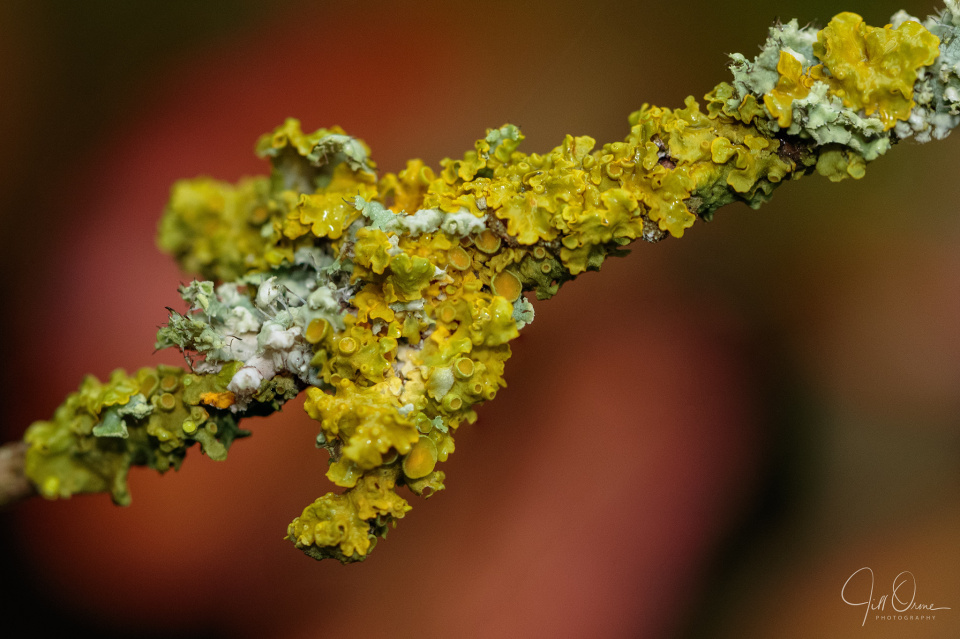 Eventually I shook myself down, put the Lumimuse on the camera, and squelched off down the garden. I spent a long time revisiting the little cucumber spider I found yesterday, who was still industriously spinning despite the weather, and took a gazillion frames of it, in the hope of getting a couple of focus stacks out of them – which I did, and I’ve posted one below. This is the wider of the two images I made, but I like it for the context it shows, and for the fact that it includes an egg that’s been laid at the top of the leaf. I have enough trouble identifying invertebrates, let alone their eggs, and I’m not even going to hazard a guess as to what might have laid this, but if it hatches its occupant will do well to escape the attentions of the spider. 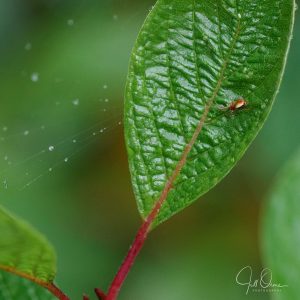 It’s a dangerous world out there – but it’s instructive for me to remember that it’s more dangerous for almost every other creature on the planet than it is for me.

In the end my favourite image of the day has proved to be this lichen growing on a Philadelphus branch, with the autumnal leaves and hips of a dog rose providing the bokeh. I post it with an apologetic moue towards R, who told me the other day that he finds lichen repulsive. This surprised me, because I think it’s rather beautiful, but we can’t agree all the time, and I don’t expect him to be right about everything.