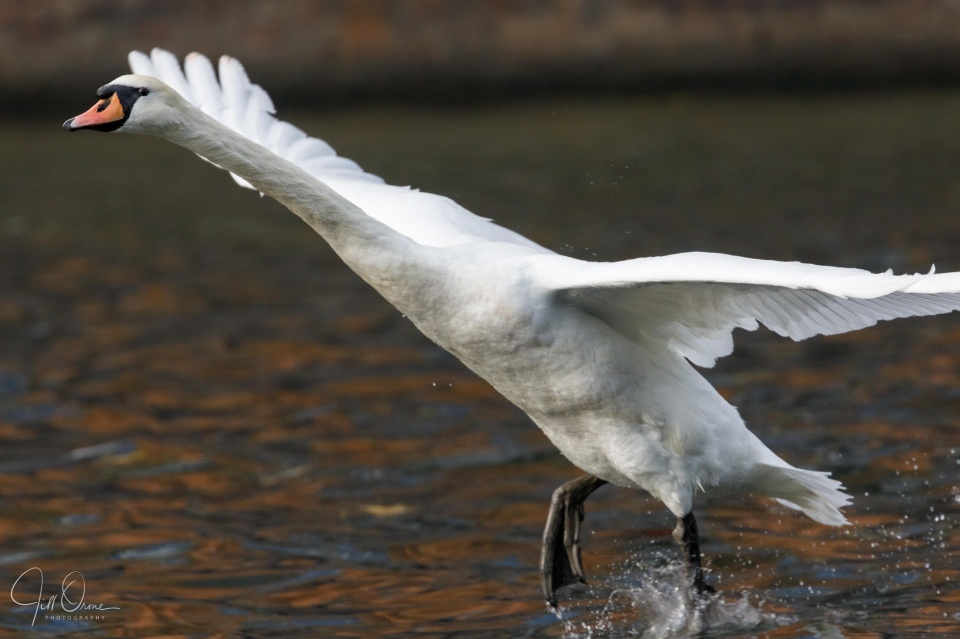 When they said, “Fill the frame,” I’m not sure they meant, “Realise belatedly that the creaking, swooshing, splashing noise that’s approaching you at speed is a family of swans, running along the river in an attempt to reach escape velocity, and swing the camera up from the very small duck you’re photographing, ignoring the little matter that you’re using too much lens for something as big and as close as this.” But anyway. I managed two frames with most of a swan in them, and this is the better of the two – the other one is superb of the feet but soft on the face.

I feel that I owe everyone else who was in town this afternoon an apology for jinxing the weather. I was on my way to Charlecote when a murky grey sky suddenly cleared, bathing Warwickshire in beautiful autumnal sunshine, and the thought of lovely light on the river became just too enticing – so I diverted into Stratford. The sunshine persisted just long enough for me to reach the chain ferry (tantalisingly close to some ducks), but by the time I was opposite the theatre the cloud had closed again, and the light was almost as bad as yesterday’s. The wind was rising too, and the river was choppy, so all in all the conditions were tricky for photography. Even so I have photos that are better technically than this one, but I like the sense of movement here, and the tension between the bird and the frame. This is also a shot that really shouldn’t have come out but sort of did, and that’s enough to make it my pick of the day.