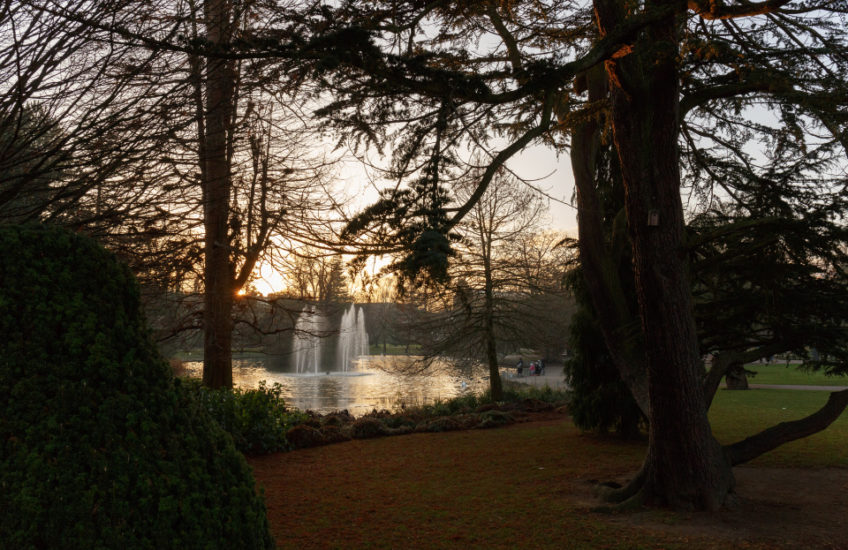 I’ve been fretting recently about the state of the pound versus the yen, and the fact that Japanese camera equipment prices seem to be going through the roof. Over the past couple of days I’ve had quotes from two on line camera dealers for trading up my 70D to a 7DII, and though I didn’t like either of them much, by this morning I’d pretty much decided that I needed to make the trade before the differential widened any further. Before committing myself, I decided to take a drive over to Leamington Spa to ask the chaps at London Camera Exchange what kind of deal they could do.

The trip didn’t start particularly well: on my way into Leamington I suffered the infuriating experience of being at the front of a three-car shunt. Luckily I was waiting at a roundabout at the time, Chap One behind me was also stationary and Chap Two, who hit One and pushed his VW into the back of the MX-5, was clearly not going very fast. Given that we’d all been queuing into the roundabout, how he failed to stop is a mystery, but it’s one that neither Chap One nor I pursued – the words “mobile phone” were pinging round my brain, but when we all exchanged details he claimed not to have one. He was understandably keen that One and I should accept that neither of our cars was damaged, but we both said that we’d be getting them checked out before deciding whether to make insurance claims.

I was pretty grumpy about all of this, as you’d expect, and berating myself for not having made the trip this morning (as I’d originally intended to do), which would have allowed me to be missed by this particular driver. However, if I had gone this morning I would also have missed a very good deal at LCE. About half an hour before I walked in and handed over my 70D for pricing they’d taken possession of a very nice 7DII, which one of their favourite regular customers had decided to upgrade to the new 5D; it’s in lovely condition, with a low shutter count, and they offered it to me at a price it would have been rude to refuse, with a 12-month guarantee. If not exactly full recompense for the annoyance of being rear-ended, this did improve my day quite a lot.

After doing the trade I went off in search of a cup of coffee and a photograph, and found myself wandering through Jephson Gardens. I struggled with the light, which was pretty tricky, and I’ve only kept three out of the set of shots – and as the other two were of a bridge and I posted a bridge yesterday, I decided to go with this, which is R’s favourite. It’s a bit odd, I think – certainly a bit chaotic – but it does have a certain atmosphere.

Oh and one other thing: while all the paperwork was being completed for my camera trade I was chatting idly with the chap who was serving me, and he said all the Japanese manufacturers will be putting up their prices again in February – most notably Sony. I thought that this might be useful information for anyone in the UK who’s thinking about buying some gear in the near future.