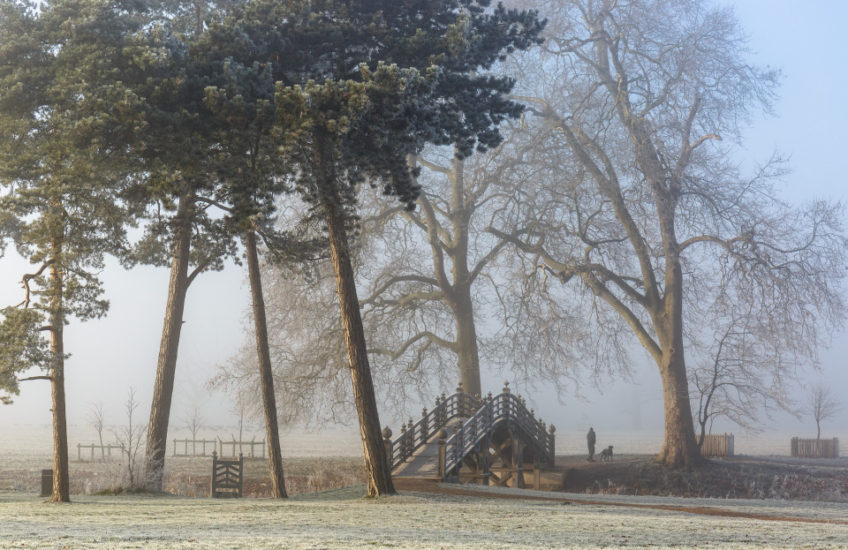 Things I discovered when I went out to the car at 9am today, for an early trip to Croome to catch the frosty light:

1. When you open the iced-up door of a soft-top roadster, the windows make a distinctly alarming noise; and

2. It’s pointless to stand out in the cold using your scraper on the ice that has formed on the inside of the windscreen.

As it was still -5º in our little crunchy slough, it took quite a while to get the MX-5 into an appropriate state for zooming – and quite a while more once zooming had commenced for it to be warm enough inside the car to let the infotainment system work properly. Still, I’d be lying if I said that I wasn’t pleased to be zooming, RayBans on, through the frosty, misty lanes of Worcestershire, with a beautiful and bracing walk in prospect – even if it was a bit nippy in the car.

As I expected, Croome was looking lovely – though the mist was very much thicker over the estate than it had been elsewhere, and visibility was pretty poor even with the sun trying its best to break through. I made a single brisk circuit of the inner park, by which time the place was filling up with families and my hands were perishing; and then went for a reviving coffee before setting off back home. My little lip started to quiver when I realised that the café was serving huge plates of sausage and mash – but I managed to resist temptation.

As usual when I do Croome I’ve struggled to cull my shots, and then to decide which one to feature; I’ve chosen this because something in the quality of the light hitting the trees and the Chinese bridge really pleases me (plus of course there’s a dog), but I’ve added a shot of the main house taken from just across the river, which R really likes. 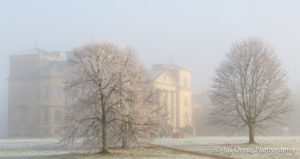