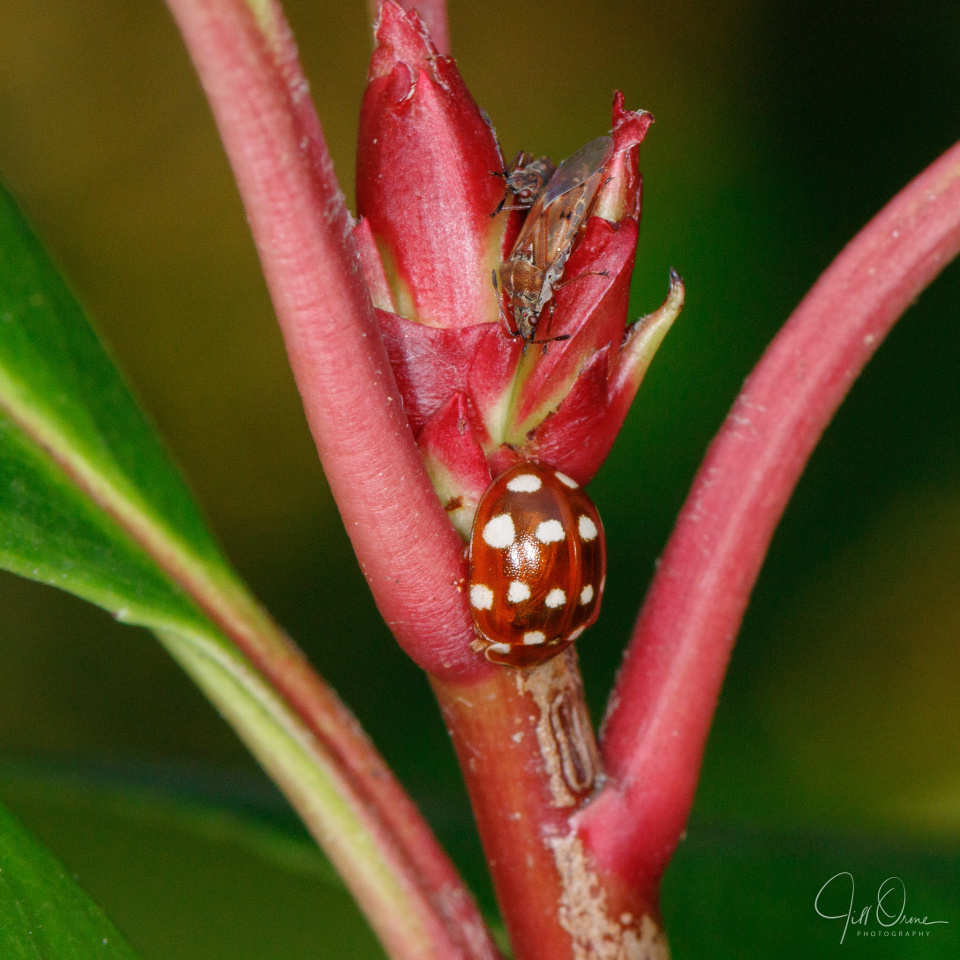 R wandered into my study just after breakfast this morning, and suggested that I might like to stop slumping around in my dressing gown and get myself outside, where it was currently sunny for what was forecast to be the final time this year. I paraphrase slightly, but you get the gist. So off out I went, and enjoyed a pleasant little bug safari. The rest of the day was spent transferring files from my old PC to my new(ish) laptop, which was stressful and boring, and getting together the data to do my tax return, which was boring and annoying – but at least (thanks to R) I got to have some fun times first.

I was amused to see this scene, which looks rather as though the birch catkin bugs are preparing to defend their photinia bud against the interloping cream-spot ladybird. In reality, though they may well be keeping an eye on it, the bugs have nothing to fear from the beetle, which mainly lives on aphids and plant lice, and is regarded as an especially effective predator of these pests.

Oddly, this isn’t the first ladybird I’ve photographed in this spot: a few days ago there was a black and red harlequin on the same bud, and I was momentarily perplexed this morning to see the cream-spot in its place. I’m still quite surprised that it was out and about, because for a few days now I’ve been finding small groups of cream-spots nestling in folded or curled hazel leaves, looking as though they’ve already entered diapause. Perhaps this one didn’t get the email about the sleepover parties, and – like the birch catkin bugs – it fancies its chances of overwintering here. I rather hope not.