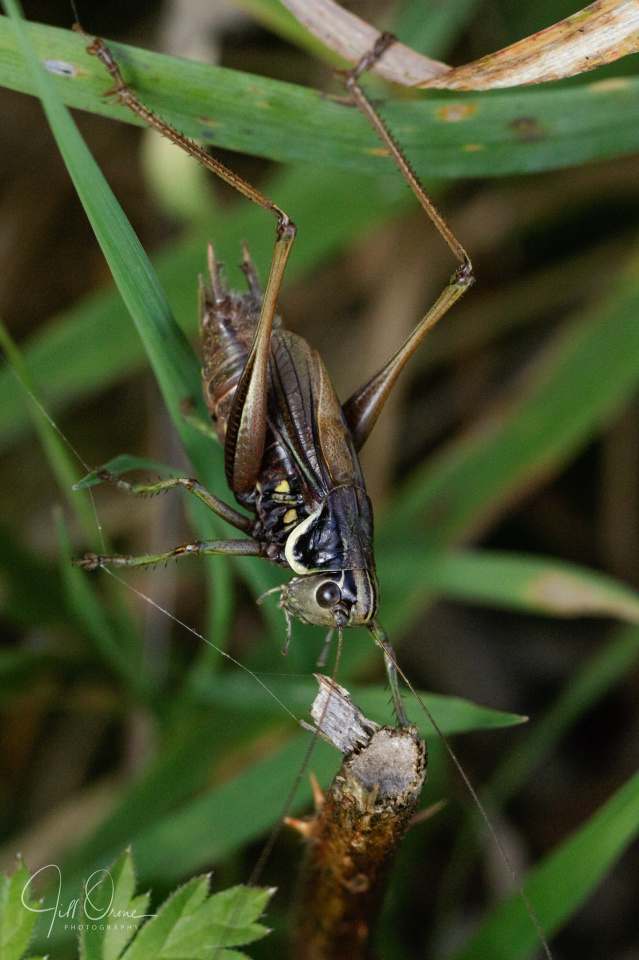 I bet you wish you could do this, don’t you? I certainly do.

As you’ll have noted, normal service has resumed: after yesterday’s spasm of housewifery, the nearest I came today to domestic engineering was the twenty or so minutes I spent trying to remove a positive plague of Harlequin ladybirds from inside to outside the house. I know it’s too cold for them here, but if they don’t like it they can always get on a plane and take themselves off to the Europe they love so mu…. no, hang on – I’ve got myself confused: this isn’t Twitter, and I’m a Whining Treacherous Remoaner, not one of the other kind.

Moving swiftly on, it was a warm and sunny day, so I took myself off for a walk in the hope of bugs – and found bugs a-plenty. Lots of ivy bees at different sites around the parish – including one female taking a load of pollen into her burrow, which brought me over a bit emotional; and very strangely, a little cloud of Ashy mining-bees on one of the ivy hedges – which (as I’m sure you’ve already exclaimed to anyone within earshot) shouldn’t be around now because they’re completely out of season.

About this time last year I found and photographed a single Andrena cineraria in my garden, and the response to my posting the shot in the Facebook BWARS group was essentially, “Poor thing… you must have disturbed its nest.” They apparently mistake me for someone who does digging, you see. Anyway, a couple of weeks ago I found another lone male on the most productive ivy hedge in the village – and on posting it I had the same response: the poor lonely thing had been allowed out of its burrow (where it should have been hanging around waiting, fully grown, until next spring) by soil disturbance, and now it would live out its solitary life until it was killed by the cold. Very sad. But today in the same place there were several of them – I don’t know how many exactly, but at one point I had five in view at once – and they weren’t looking sad at all, but were zooming about in a very spring-like manner. In fact, if you look at the extra, you’ll see that Shenanigans were being Got Up To. This evening’s BWARS group response was “Whaaaat???” – which was highly satisfactory. 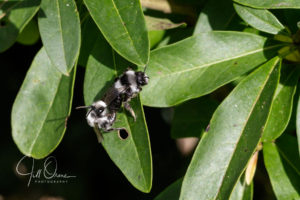 I had thought that the in flagrante miners would be today’s blip, because as you know, I do like a bit of bug porn; but then as I was walking through the butterfly field I caught sight of an anomalous movement, and on pouncing with the macro I found myself eye to lens with a Roesel’s Bush Cricket. I’ve been trying all season to get a decent shot of one of these handsome chaps, and today I managed several – not perfect, because the light wasn’t good enough for a high shutter speed, but much the best I’ve yet taken. They’re normally very shy, but this one was either especially brave or a bit dozy, because instead of using those huge hind legs to spring out of my way, it casually clambered around in the grass for a couple of minutes, almost as if trying to show itself to best advantage.

Whatever it was trying to achieve, it worked for me!