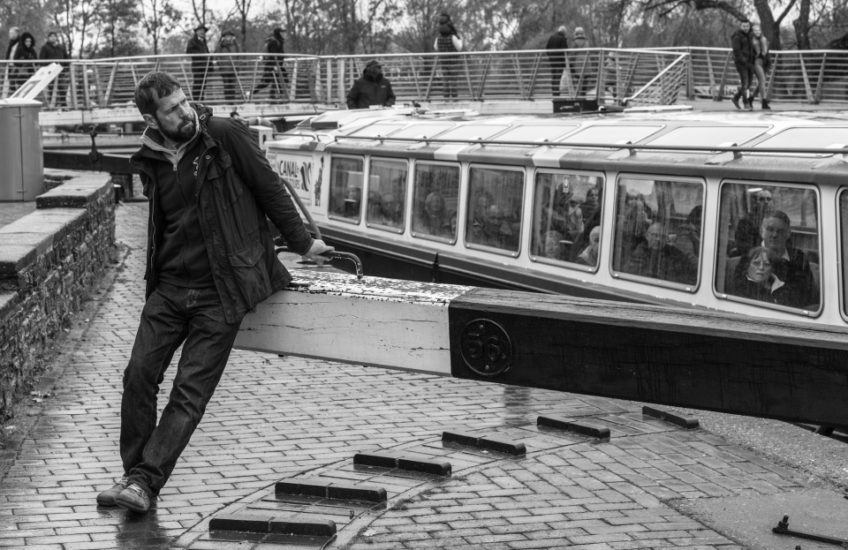 The guys who run the river cruisers along the Avon are well aware that they’re staging a bit of a public performance when they work the lock between the river and the canal basin. Some of them enjoy it more than others.

I don’t have much to tell you today. The late Lord Denning, former Master of the Rolls (that is, the top judge in the Court of Appeal) used to write long, discursive judgements which were much enjoyed and satirised by law students, and which often began with something like: “It was a wet Saturday in November, and the defendant was killing time in Stratford-upon-Avon, hoping that something interesting would happen. She was to be disappointed.” This was very much a Tom Denning kind of morning.

Outside of Stratford-upon-Avon, Gina Miller, the woman who took the Government to court to prevent them from executing Brexit without consulting Parliament, has been told by the police that she should stay at home, because if she goes out her safety can’t be guaranteed.

And over in the USA Professor Alan Lichtman, the man who has correctly predicted the outcome of every Presidential election for the past 30 years, believes that Trump will be impeached over his dodgy university, leaving Mike Pence at the helm of the ship of state. Which if it were to happen might make people nostalgic for Trump.

However, in more positive news, Lego has decided to stop advertising in the Daily Hell, as a result of the #StopFundingHate campaign, leaving a whole bunch of seething trolls choking on their own bile on Facebook this morning about hateful Liberals trying to crush freedom of speech.

Really, you couldn’t make this stuff up…