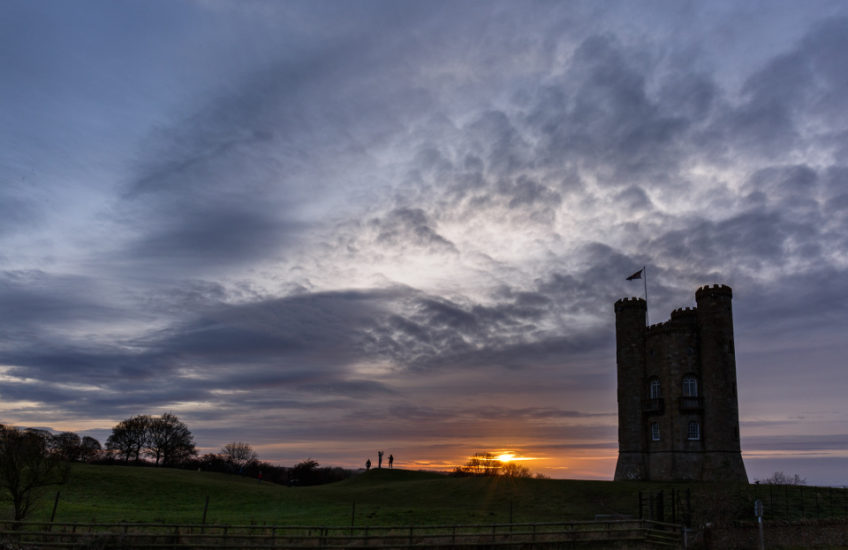 Today was a good day.

R and I spent a couple of hours in the garden this morning, cutting back some over-exuberant shrubs, and starting to clear a piece of border for a memorial tree for our boys. After lunch I did some administrative stuff, and then at about 3pm I headed off out in search of some nice light.

There was quite a lot of thin cloud around, but I thought it would be worth going up to the Broadway Tower, because even if no sunset developed there was almost bound to be something going on up there. I took a tripod, found a vantage point from which I could get the Tower and the sunset in the same frame, and waited. The area around the Tower (and from time to time around me too) was quite busy with families and dog walkers, which gave lots of opportunities for people-watching, as well as photography.

This was the only point at which the setting sun broke through the cloud, and within a couple of minutes it was covered again, but I had time to change my settings and get a few narrow aperture shots. I like this one particularly because of the people – including someone who appears to be doing a little sun dance.

By this time I’d been joined at my vantage point by another photographer, whose husband was over at the Tower keeping watch for the perigee moon, which was due to rise behind us. A few minutes after I took the main image he called out “The moon’s up!”, and we both turned – but couldn’t see it because from where we were it was hidden behind a tree. Back at the Tower I got just two shots before it rose behind thick cloud: one wide, and one zoomed, both of which I’ve put in as extras. Even though it’s not full until tomorrow it was pretty awesome, and I’m very pleased to have seen it. 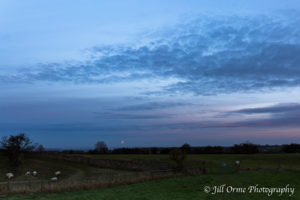 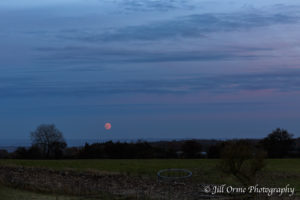