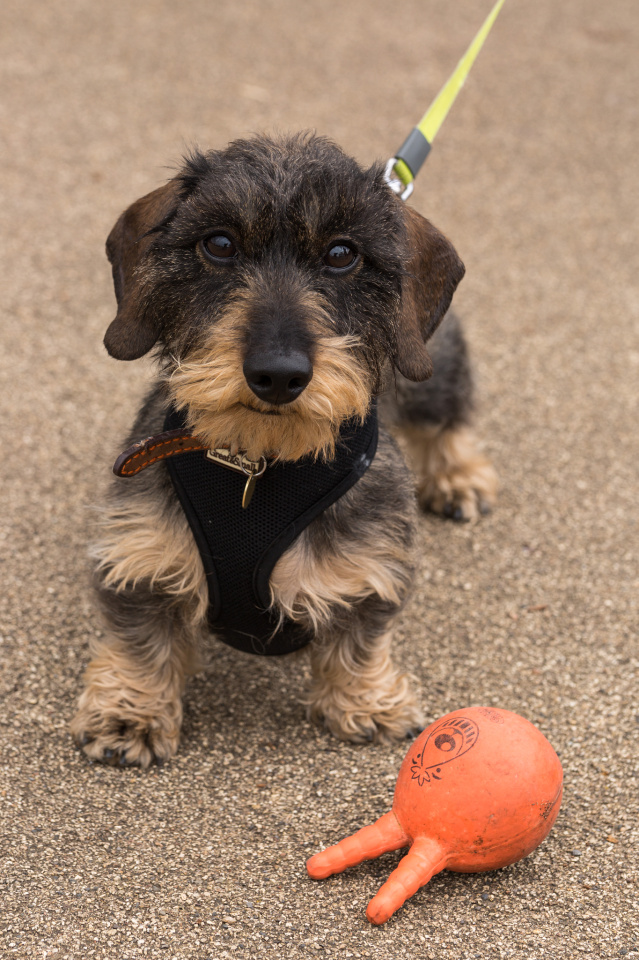 I had another alto section rehearsal this morning, which went very well – which is good because the concert is just three weeks away. Our choirmaster is pretty chipper about it, which isn’t always the case at this stage in the proceedings, so let’s hope he’s right that it’s going to be a good gig! Afterwards R and I went into Stratford for lunch and a long natter: he’s working crazily hard at the moment and we’re barely seeing each other, so it was nice to have the space and time for a catch-up.

After lunch R went shoe shopping, while I strolled down to the river in search of photos. As I walked across the Bancroft Gardens a squeaking noise caught my attention, and on investigation turned out to be coming from a tiny space hopper, being tortured by a miniature smooth dachshund as he trotted through the park. He was heading away from me, but I put on a burst of speed and caught up with him and his owners by the theatre. They were surprised to be accosted by a complete stranger, but quite happy for Humphrey (who is 16 months old) to be Dog of the Day in my collection for A Year With My Camera.

I took maybe fifteen photos, including one of him in his favourite place on the shoulder of one of his owners – but he’s such a busy little chap (“quite full of himself,” they said) that all but three were blurred. This is the sharpest, and has the space hopper, but I do have another that I really love, with Humphrey essentially filling the frame. Thank heavens for macro lenses.

I wasn’t planning to blip Humphrey – he was going to be an extra – but every time R scrolled back and forth through today’s photos we both burst out laughing every time we got to the Humphrey set, making it pretty clear that we like him best out of everything I took today. I’ll put a selection of my other shots (which were mostly of swans) on Facebook.