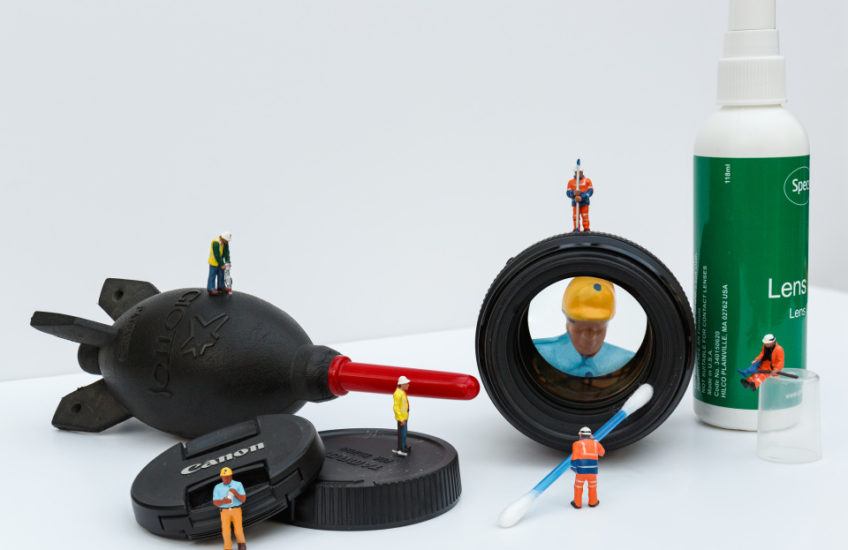 Having reviewed The Slattern’s recent photographic output, the Bachmen came to the conclusion that she’d taken to eating her lunch off the surface of her lenses. “In which case,” said the Bachmanager, “she’s probably due for a bout of food poisoning right about now.” Though disappointed that she couldn’t even manage to keep her own lenses clean, they found themselves unsurprised that her slovenly approach to life extended even as far as her photographic equipment; and though lenses fell outside their contract, their professional pride would not allow them to leave the situation uncorrected.

They took advantage of her needing what she called “a rest”, and they called “slumping about in a heap”, the day after what she called “a lovely but tiring trip to Derbyshire” and they called “sitting in a car being driven to somewhere, eating a delicious meal cooked by someone else, and then being driven back again”, to begin on her 85mm. The Kango Operator was keen to start work, and his tiny face fell when the Bachmanager stood him down.

“Horses for courses, lad,” said the Bachmanger. “T’Kango’s a bit invasive for this job. But don’t tha worry – I’ve taken a look in’t lens bag, and’t macro’s absolutely encrusted wi’ grime. We’ll be needing thee for that.” The Kango Operator accepted his boss’ decision with his usual good grace, and went off to find something else interesting to do.